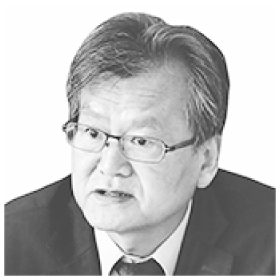 Chung Jae-jeong
The author is an honorary professor at the University of Seoul.


Japanese Emperor Akihito ended his three-decade reign when he abdicated to his son Crown Prince Naruhito last week. As the transition was made before Akihito’s death, the atmosphere is happy, not gloomy at all. The Heisei era has ended and the Reiwa era has begun. Because a Japanese emperor does not symbolize power but prestige, he symbolizes an era, rather than a history he helped create.

The launch of the Reiwa era will affect Korea-Japan relations in various ways. In the short term, relations may worsen further. Emperor Naruhito was born in 1960 and Japanese Prime Minister Shinzo Abe was born in 1954. For the first time, Japan’s power and prestige have been handed to the generation that did not experience war. From now, Japan will try to realize its dream without restrictions by going beyond its past aggressions and perceptions that it is in debt to its former colonies.
In Korea, however, a political campaign to eradicate so-called evils of the past is being pushed — not only in domestic politics but also in diplomacy toward Japan. Korea and Japan, which are heading in opposite directions, can hardly achieve a “beautiful peace.” It is hard to improve Korea-Japan ties, as they are affected by such sensitive issues as former Korean sex slaves and wartime laborers. Yet there is a slim hope that bilateral relations may improve — if President Moon Jae-in and Abe make a determination to seek resolutions of the conflicts over the past and jointly push projects for mutual prosperity.

In the long term, Reiwa Japan and Korea will evolve into a relationship that will benefit each other. Three years from now, the two countries’ political leaders, who have been hostile to each other, will step down and more flexible administrations may take office. The two countries will also realize that cooperation will help them deal with China, which is expanding its powers, the United States, which promotes an America First policy, and North Korea, which threatens peace. South Korea and Japan, therefore, will support and use each other.

Even if affairs in East Asia turn unfavorable to Korea and Japan, their mutual dependence will not disappear, although it may weaken depending on circumstances. The two countries have over 10 million visitors a year, and such human exchanges are a strong force that supports Korea-Japan relations. Thanks to their shared values of liberal democracy and a market economy, they have should be able to easily agree with one another.

“Guns, Germs, and Steel” by Jared Diamond, a professor of geography and physiology at the University of California, Los Angeles, has been a best-seller for 20 years. In the last chapter of the book, the author compared the peoples of Korea and Japan as “a twin who shared their childhoods together.”

He wrote that as history has offered room for mutual distrust and hatred to the people of both countries, they do not welcome the conclusion that they were in an extremely close relationship throughout history. He wrote that the political future of East Asia will depend on whether Korea and Japan will successfully rediscover their long-time commonalities because confrontation and conflict are self-destructive and not beneficial. 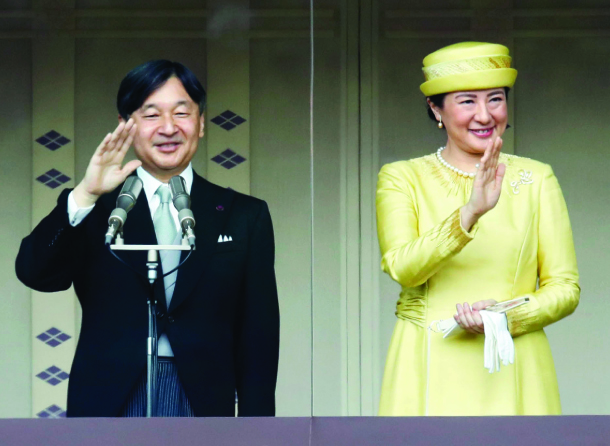 Japan’s new Emperor Naruhito, left, waves with Empress Masako, right, to well-wishers from a balcony during his first public appearance at the Imperial Palace on May 4 in Tokyo. [AP/YONHAP]

If you look at Korea-Japan relations from a domestic perspective, they are marred by conflicts and hatred. But if we see them from an international perspective, such as that of Prof. Diamond, they are a rare example of forming a deep relationship, influencing one another and creating advanced cultures. The prestigious positions of Korea and Japan in the world today are clear proof of that.

With the beginning of the Reiwa era, Korea and Japan must overcome their historical discords and redefine the history of bilateral ties from the perspective of mutual reconciliation. Reconciliation between a colonial ruler and a colony is a tough challenge. I hope the people of Korea and Japan advance to historical reconciliation with a sense that they are leaving behind a great accomplishment in world history. The political leaders of the two countries, who are having a great impact on public sentiments, must work harder. Only then will the two countries see a beautiful peace and a prosperous future.