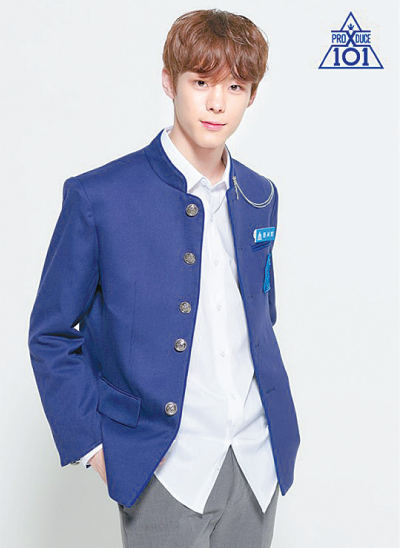 JYP Entertainment terminated its contract with trainee Yun Seo-bin following rumors of his involvement in school violence, the agency announced on Wednesday.

“We have concluded that Yun Seo-bin is not in line with the company policies, and hereby will be terminating our contract with him,” the agency said. “He will also be stepping down from the ongoing Mnet audition program, ‘Produce X 101.’”

Wednesday’s decision came after a streak of internet posts revealed that Yun had bullied fellow students at school, illegally drank alcohol and smoked as a teenager.

People who claimed they went to the same school as Yun came forward with testimonies and posted pictures of Yun online on Monday and Tuesday.

Both the agency and Mnet said they were “looking into” the matter.

JYP Entertainment is well-known for removing trainees who have been accused of inappropriate behavior.

Yun, 20, was featured on the first episode of the new season of “Produce,” which began last Friday, because he was the only trainee from JYP Entertainment in a competition mostly filled with trainees from smaller entertainment agencies.

Mnet said they will edit Yun out as much as possible. They have already taken down his profile from the show’s official website, as well as another trainee who dropped out for personal reasons.