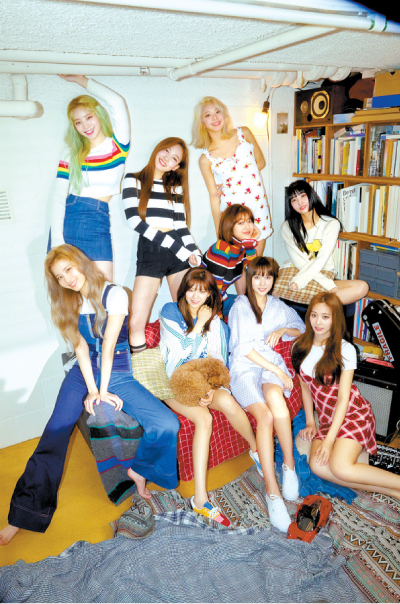 Girl group Twice’s latest EP “Fancy You” topped this week’s Oricon Weekly Albums Chart in Japan, making them the foreign group with the third-highest number of No. 1 albums on the Japanese chart, JYP Entertainment announced on Wednesday.

The group’s seventh EP “Fancy You” ranked No. 1 on Oricon’s updated chart on Tuesday, giving the group their fourth album to top the chart.

They first topped the chart last September with their Japanese full-length album “BDZ,” followed by their sixth Korean EP “YES or YES” and their second Japanese album “#TWICE2” in March.

“With ‘Fancy You,’ Twice has proven to be Asia’s top girl group by taking the Oricon Weekly Albums chart for the fourth time,” the agency said.

The music video for the album’s lead track, “Fancy,” is also popular on YouTube, having surpassed 80 million views on Tuesday morning.

Twice will kick off their world tour series on May 25 with two concerts at the KSPO Dome in Olympic Park, southern Seoul, followed by nine stops around the world.