Police ask for Seungri to be detained before trial

Police ask for Seungri to be detained before trial 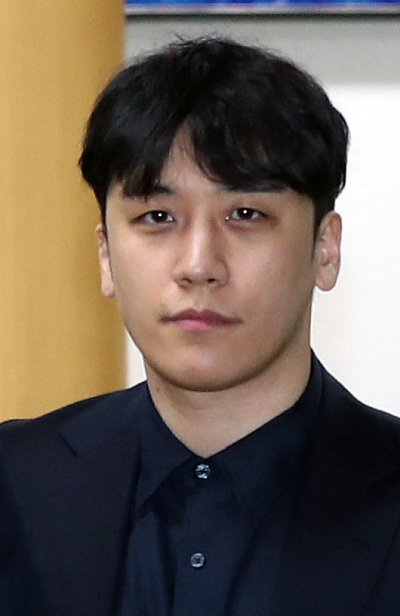 Police on Wednesday requested an arrest warrant for K-pop megastar Seungri in a major sex, drugs and police protection scandal surrounding a major nightclub in Gangnam.

The Seoul Metropolitan Police Agency’s Intellectual Crime Investigation Team said it asked prosecutors to file for the pretrial detention of Seungri, a former member of the boy band Big Bang whose real name is Lee Seung-hyun, and his business partner Yu In-seok on charges of soliciting prostitution and embezzlement.

Seungri and Yu together operated Yuri Holdings, which invested in multiple entertainment and bar businesses.

The partners have been accused of hiring prostitutes to provide sexual services to Japanese businessmen at a Christmas party in 2015, as well as Seungri’s own birthday party held on an island in the Philippines in 2017.

According to police, the pair exchanged text messages in 2015 ahead of the Japanese businessmen’s visit in which Seungri directed an employee to prepare “loose women” for the investors at a posh nightclub in Gangnam called Arena.

After the visit took place, Yu allegedly sent a sum of money to the women’s broker after sexual services had been rendered.

A total of 17 female sexual workers have been booked by police, who said they obtained evidence that prostitution took place.

In addition, the two are suspected of having siphoned off over 500 million won ($427,230) from the nightclub Burning Sun, where Seungri was the public relations director, using it for the operation of another club in Gangnam they owned called Monkey Museum.

Police suspect the two conspired with another cooperator of Burning Sun and a Taiwanese investor nicknamed “Madame Lin” to embezzle an additional 2 billion won from the club.

An undisclosed sum is also believed to have been embezzled by the pair from Yuri Holdings to use for private legal fees, police said.

Police say the two suspects may have embezzled over 500 million won.

Seungri has categorically denied all allegations. Police have asked that he be placed under arrest in order to obtain his testimony regarding the accusations and other incidences of sex-for-favor trading and embezzlement.

The celebrity faces further charges of distributing sex videos illegally in a group KakaoTalk chat room along with Jung Joon-young, another singer who has been charged and detained for shooting and sharing some of the videos.

It is unclear whether the police’s request will be approved by prosecutors. Sources familiar with the investigation said it may take three or four days for prosecutors to comb through the extensive amount of evidence police have presented.

Even if prosecutors file for such a warrant, a court would have to determine whether Seungri and Yu are liable for pretrial detention, granted in principle only for cases of likely flight risk and tampering with evidence.