North Korean officials sought food aid from the United Nations shortly after the collapse of the second summit between the United States in Vietnam last month, according to a UN Food and Agriculture Organization (FAO) economist who co-produced a dire assessment of a food crisis in the North after visiting the country last month. 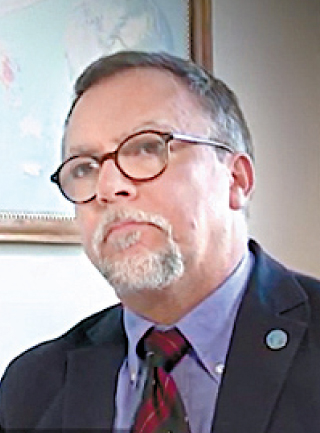 The request was made with great urgency by Pyongyang, which agreed to admit missions by the FAO and the World Food Programme into the country from late March to April that eventually led to the report last week that said the country faces its biggest food crisis in over a decade.

Combined with an earlier on-site assessment conducted in November 2018, the report concluded that a series of factors like unfavorable climactic conditions and a lack of agricultural inputs like fuel, fertilizer and spare parts in part due to economic sanctions led to a bad harvest last year. Combined with post-harvest losses, the country now has a food deficit of around 1.36 million metric tons that has left approximately 10.1 million people lacking sufficient food for the coming summer and even right now.

On Tuesday, South Korean President Moon Jae-in cited the report in a phone conversation with U.S. President Donald Trump, who reportedly did not object to Seoul’s plan to provide humanitarian food assistance to the North.

The JoongAng Ilbo interviewed by phone one of the main authors of the report, FAO Senior Economist Mario Zappacosta, who served as a co-leader of the FAO/WFP mission.

Q. How did the assessment take place?

A. The trip took place between the end of March to mid-April. This was the second part of a previous assessment that took place in November. I was only part of the team that visited the country in March and April. We had several meetings in Pyongyang with local officers to interview them and understand the situation.

We agreed beforehand on the methodology to follow for the assessments that were based essentially on interviews and questionnaires. We had interviews on a county level with officials from different ministries, like agriculture or land administration. Then we went to talk to people like managers of farm cooperatives and household members like housewives.

How many people did you meet in total?

We interviewed 54 households this time, but the data also includes 125 households that were interviewed in the assessment in November. The selection of the households was done to try to cover, in a balanced way, people from urban and rural areas, as well as people in farming cooperatives and Public Distribution System (PDS)-supplied households.

In general, in other parts of the world, they believe that if that if you don’t talk to 20,000 people [the data] is meaningless, but in North Korea this was an exceptional situation for us.

Tell us about your assessment.

They started delivering 300 grams (10.5 ounces) [of rationed food] per person in January. We saw that in past years, 300 grams was what people were receiving during what we call the lean season. The lean season is from July to September, the last three months before the harvest when the country’s stocks are depleting, so usually the distribution goes down to the minimal level. But they started cutting the rations in January, when usually there is plenty of rice. This was a big signal for us that showed this was unusual. In other words, if the international community does not act quickly now, people will be forced to eat even less during the lean season. That’s very dangerous because already the 300 grams in terms of calories is something like a minimum acceptable level for a decent life. People can stand this type of diet for only a few months, maybe even weeks. That’s why we tried to be quick.

We returned from Pyongyang in mid-April and we issued the report in less than three weeks because we understand there is a very narrow window to provide food for the people. If we wait until October or November, they will have a new harvest arriving, but they will pass through a very harsh period from now to November.

We know that we did our part by producing this independent report. Today [on Tuesday] there was a discussion between the president of South Korea and [U.S. President Donald] Trump, and apparently the message went through. We are proud of this.

But first, the food needs to be found somewhere, then it should be shipped. We know all the logistic problems before the food is stocked and distributed. It entails a lot of steps. If they are not taken quickly - and we need two months to make the food available in the country - we will already be in July, maybe August. We hope now all the channels will be activated, and also, while I’m not an expert on sanctions, I heard sanctions are affecting fields like banking and logistics. I hope that once donors decide to ship the food, we don’t find barriers to it entering the country or for a boat to arrive in [a North Korean] port.

Was it the North Korean authorities that invited you to visit?

The story is that when they asked us to go there, they started saying they knew there was a consistent deficit [in food]. So they came to see us in Rome asking if we could validate this number [they had]. We said if we don’t visit the country, and don’t see something, we couldn’t do it. So they knew we were going there with requests to talk to people. In total, between the two assessments, we were able to visit 37 counties, but again, this is maybe 10 percent of the total. But this was a good overview of the country, a nice exposure.

We requested several times to visit their markets. Apparently it was not possible. This is really the piece lacking in our assessment. The reasons were logistics. Usually the market takes place three days per month, on the first, the 11th and the 21st. The first of that month [April] was the day we had to see the minister. Later, they said we could do it, but a day before they canceled the visit. So we understood their message. Maybe in a follow-up mission [we will be able to see their markets,] because now we have an open channel with the country. We tried to explain to them that if we were going there just after the harvest, we could have done our calculations well in advance and plan accordingly. Even if you have a very bad harvest that is 50 percent of the average, let’s assume at the moment of the harvest you still have that 50 percent, so you can survive for four to five months from that production. But you can start to send the message outside in time and say: “Look, we are in November and we have food up to May, but from June onwards, we may have problems.” So everybody can react in time.

We said next time, don’t call us in April when the disaster is almost there. Call us near the harvest time so we can flag an eventual problem on time. So most likely, they are now interested in requesting another assessment in October or November. We can do an even better assessment because we can see the harvest. We had to do forensic activity this time, because the harvest already happened five, six months ago. We had satellite images, information on temperature, rainfall but we couldn’t see the crops in the field. A retrospective analysis had to be done.

What was the reason behind their urgency?

They knew that the 2018 harvest had been very low, because the country is always in food deficit. They knew they had to receive some food aid or stretch something. Usually they have a deficit of 600 to 800 thousand tons, but this year, they almost doubled this, to almost 1.3 or 1.4 million. So this is really exceptional compared to past deficits.

What kind of authorities did you interview?

We interviewed at a technical level. The highest people were undersecretaries, but they just welcomed us in a formal way. Then we had a chance to talk to technical people at a director level and they gave us an overview on the last season. They had several weather shocks that affected crops, like bad rain, heat waves or floods. In reality, this was part of the retrospective analysis. We knew some of the issues, because we were monitoring the country remotely. They also told us about all the problems related to the inputs, like the lack of spare parts or water pumps. Sanctions affect imports of metal items. All these effects had an impact on agricultural production. We learned about the low degree of mechanization, because some machines they use are very old and do not have spare parts. Fuel is very scarce. The country has to decide where to allocate fuel, either to agriculture or other sectors like construction. Most agricultural activities are done by hand, so obviously this very much limits the capacity of farmers to expand production.

In the past, we were underestimating what we call post-harvest losses. Post-harvest losses are all the losses that occur from harvesting until the food is consumed. So, for example, we learned that because they have very old machines and because transport of crops is not quick from the field to storage, sometimes crops are left abandoned in fields for two three weeks. During these three weeks, you have weather, pests or animals like rats that spoil the crops.

Apparently there are also big losses at the storage level because storage facilities are not well equipped. Especially for potatoes. These require ventilation, especially during the summer. Sometimes, electricity in the country is so unstable that ventilation can switch off for days. And obviously potatoes in storage without ventilation for two or three days can become completely rotten. So we realized that apart from low production due to weather and input problems, post-harvest losses were very high. In reality, there was a combination of two problems that led to low food availability compared to the past.

What would you say to world leaders about dealing with the crisis in North Korea?

We are technical people, so we don’t want to mix the political with the humanitarian. My feeling is that the two issues should be kept somehow separate. Now people are starving. We know there are some social groups, like young children or pregnant women, who will suffer. So the country needs food aid, needs help. The political issues need to be dealt with, but it is not fair to put the two things together.