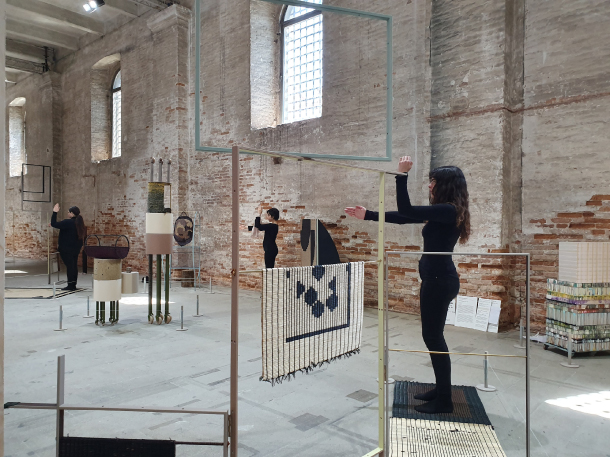 It could be said that the keyword of the Korean art presented at this year’s Venice Biennale is “women.”

Coincidentally, the three artists on display at the Korean pavilion in the park known as Giardini in Venice, Italy, as well as the two artists presenting works at the central international exhibition being held across the park and at the Arsenale, are all women. Moreover, the Korean pavilion’s show, titled “The History Failed Us, but No Matter,” deals with the turbulent Korean modern history from various feminist perspectives and gender-conscious approaches.

The 2019 edition of the Venice Biennale, the world’s oldest and most famous international art festival, kicked off on Saturday and runs through Nov. 24.

In the Korean pavilion exhibition, curated by Hyunjin Kim, also a woman, three artists - siren eun young jung, Jane Jin Kaisen and Hwayeon Nam - present films and media art works that “explore the history of modernization in East Asia through the lens of gender and the agency of tradition.”

Jung, who has created films and other works based on her research of yeoseong gukgeuk, an all-female Korean musical theater genre that boomed in the mid-20th century, presents a new media art piece that views and reconstructs yeoseong gukgeuk in the context of genealogy of queer performance in Korean society. 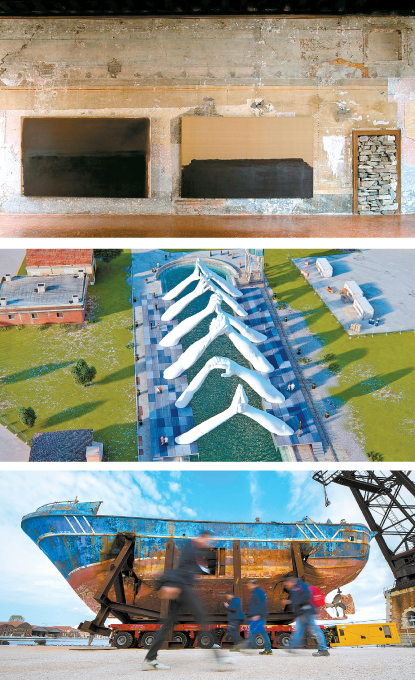 Jin Kaisen’s film unfolds the stories of women tortured in wars and state violence in modern Asian history in connection with the old Korean mythology of Princess Bari. With a multi-channel video piece, Nam explores the legendary choreographer and dancer Choi Seung-hee of the early 20th century, “who embraced a grand ambition for East Asian dance and constantly collided with modern borders” according to Kim.

“The exhibition weaves three female artists’ different perspectives to awaken diverse senses and leave a big [impression] so that viewers can think about Korean history and its current reality in the global context,” Lee Dae-hyung, art director of the 2017 Venice Biennale Korean Pavilion, told the Korea JoongAng Daily after viewing the show.

Other viewers, who asked for anonymity, said that, as the exhibition consists mainly of the media art pieces that require calm concentration, it struggles to impress viewers amid the busy and noisy biennale festival.

The top prize for an international pavilion went to Lithuania, which presents an opera performance about climate change, on Saturday. Performers in swimsuits break from sunbathing on an artificial beach and sing warnings of global warming. The international jury who selected the winners consists of five famous curators including Korea’s Sunjung Kim, the president of the Gwangju Biennale Foundation. 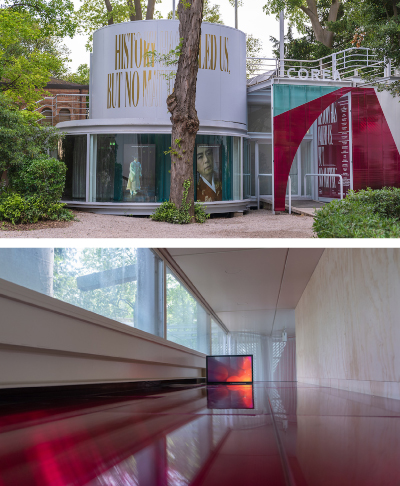 Rugoff was quoted by the Venice Biennale homepage as saying that, “Art cannot stem the rise of nationalist movements and authoritarian governments in different parts of the world. […] But in an indirect fashion, perhaps art can be a kind of guide for how to live and think in ‘interesting times.’ [The exhibition] will highlight a general approach to making art and a view of art’s social function.”

For example, Swiss artist Christoph Buchel brought to the edge of the Arsenale a hulking smugglers’ ship that sank in the Mediterranean in April 2015, causing the death of hundreds of migrants on board.

Meanwhile, a retrospective of Yun Hyong-keun (1928-2007), which wowed many local and foreign viewers at the National Museum of Modern and Contemporary Art in Seoul late last year, is touring at Fortuny Museum, an art museum in San Marco, central Venice, during the Biennale period. He is famous for having expressed his agony from political persecution in abstract paintings hovering between Western abstract painting and East Asian ink calligraphy.