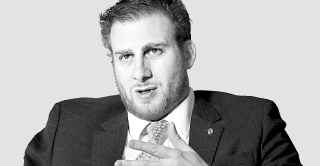 Mozes Csoma
The author is the Hungarian ambassador to Korea.

The 100th anniversary of the March 1st Movement raised great interest in almost-forgotten Korean independence activists. One of them is Kwon Oh-sol (1897-1930), who was the leading figure of the independence demonstrations in Gwangju, then years later, the organizer of the independence protest on the occasion of the funeral of the former Emperor Sunjong. He was sentenced to many years in prison by the Japanese colonial authorities. Kwon died in prison, but decades later, he was posthumously recognized by the South Korean government for his efforts toward Korean independence.

Kwon is well known in South Korea, but his younger brother, Kwon Oh-jik (1906-?) also had a connection with Hungary. The life of the younger Kwon is a symbol of the odyssey of the Korean people in the 20th century. Kwon Oh-jik was one among the first generation of Korean socialists. He studied in Moscow, and, in 1930, he was arrested by Japanese colonial authorities for commemorating the anniversary of the March 1st Movement.

The young man became a long-time prisoner: he was sentenced to six years in prison, but after his release he was arrested again and sentenced to eight years. Right after national liberation in 1945, Kwon became a key person at the communist newspaper Haebang Ilbo (Liberation Daily) in Seoul. At that time, the South Korean Communist Party had obtained the former Konochawa printing house in Sokong-dong in Seoul, which became the printing plant of the communist daily. However, according to contemporary accusations, the communists had printed not just the papers there, but also fake banknotes. Therefore, the American military government ordered to close the printing house in May 1946. In the following years, more and more leftist intellectuals and communists in South Korea decided to move to the northern part of the peninsula. Kwon Oh-jik became a member of the DPRK’s Supreme People’s Assembly in September 1948. DPRK is the acronym for North Korea’s official name, the Democratic People’s Republic of Korea.

Former envoy’s exile in the North

In 1950, the former prisoner was appointed envoy to Hungary. The far-away Soviet satellite states formed diplomatic ties right after the establishment of the DPRK, but the countries exchanged their first diplomats more than one and a half years later. Kwon Oh-jik presented his credentials in Budapest just three days before the outbreak of the Korean War. At that time, the Hungarian leadership decided to send a complete field hospital to North Korea with Hungarian doctors and equipment. The North Korean envoy and his wife had become permanent participants at Hungarian solidarity events, and greeted the medical staff leaving for North Korea at the airport and gave speeches when the equipment for the field hospital departed from the Budapest railway station. Moreover, Kwon could often be seen on Hungarian news broadcasts.

In early 1952, the former long-time prisoner envoy was ordered to move to Beijing, where he also served as ambassador for more than one and a half years. However, right after the Korean armistice in the summer of 1953, the purge of the communists who came from the southern part of the peninsula started in the DPRK. The leader of the southern-origin cadres was Park Hon-yong, the foreign minister of the North Korean state. It is also symbolic that the Hungarian and the North Korean diplomatic chiefs who established the official bilateral ties in 1948, Laszlo Rajk from Hungary and Park Hon-yong from the North, were both executed by their own comrades later. Turning back to Kwon Oh-jik, he was also purged in 1953. He was forced to bear witness during the show trial of Park Hon-yong, and after that, he was exiled to Sakju village in North Pyongan Province. He disappeared there, and the circumstances of his death remain unknown.

If you examine the field of Hungarian–North Korean cultural ties, you may see some more tragic destinies, which can also be the symbol of the Koreans’ odyssey. During the Korean War, various Korean literary works were translated into Hungarian. One of these works was specially dedicated to the Hungarian medical staff, who saved lives on the Korean battlefield. Its author was Sul Chung-sik (1912-1953), a forgotten Korean writer, who had studied in America in the late 1930s. He became familiar with Western literature and translated Shakespeare’s works into Korean. After Korea’s liberation from Japanese rule, Sul worked for the American military government in Seoul, served as the editor of Seoul Times and at the same time wrote several short stories and poems. When the North Korean troops occupied Seoul, Sul, as a naive and idealist sympathizer, joined the communist forces. However, he soon suffered a heart attack in the North, and he was operated on at the Hungarian field hospital by the Hungarian medical staff. During his recovery, he wrote a poem to his Hungarian doctors, under the title of “Ujeongui seosasi” (Epic of Friendship). From 1951, he served as a Korean-English interpreter for the North Korean army during the armistice negotiations in Kaesong and Panmunjom, where he met the Hungarian journalist-correspondent Tibor Meray. The two men became very close friends, and Meray took measures to publish Sul’s work in Budapest, which came about in 1952.

However, when the purge of the southern-origin cadres in the North started in 1953, Sul Chung-sik became one of those who were sentenced to death. Tibor Meray, in his capacity as a correspondent, had to attend his friend’s trial. According to his recollection, he just hoped that during the trial Sul would not recognize him. The execution of Sul changed Meray’s mind about communism. Three years later he escaped to Western Europe, where he became one of the determined Hungarian anticommunists. In 2005, the elderly journalist and writer was invited to the Seoul International Literature Forum, where he had the chance to meet the children of the executed Korean poet who are living in Seoul. I, the author of this article, was very happy when I had opportunity to meet Meray for the first time in 2012, who also shared his recollections with me about the forgotten poet. Meray introduced me to Sul Chung-sik’s son, who hosted me very kindly in Seoul a few years ago when I was conducting research for my book about Hungarian–North Korean interactions in the 1950s in my capacity as a university professor of Korean Studies.

The ‘Maupassant of Korea’

One more sorrowful fate from the field of the Hungarian–North Korean cultural ties can be mentioned. In December 1950, a prominent Korean novelist spent some days in Budapest. He was Yi Tae-jun (1904-?), who was often called the “Maupassant of Korea.” Yi became famous as a novelist during the years of the Japanese colonial rule, and, in the 1930s, he became known as one of the representative writers of the peninsula.

In 1946, Yi Tae-jun decided to move to the North. In his novel “Haebang cheonhu” (Before and After the National Liberation), the writer tried to explain why he had chosen a communist future; he was frustrated because he was passive during the Japanese period. Therefore, he left for North Korea in 1946, where he undertook several important positions. After the outbreak of the Korean War, Yi was ordered to follow communist troops to the occupied southern territories as a war correspondent. In December 1950, the novelist held a press conference in Budapest, where he expressed that, in Korea, many intellectuals had grabbed guns and fought on the battlefields. However, Yi’s career suddenly ended in 1956, when he categorically refused to write glorifying stories about Kim Il Sung. 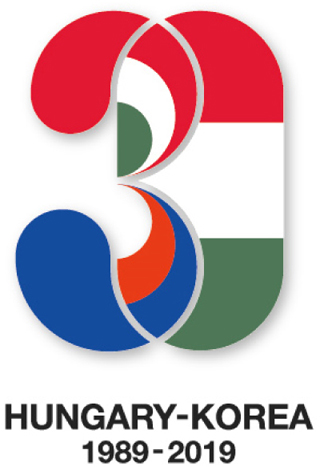 According to an old diplomatic document from the Hungarian National Archive, in April 1956, the North Korean chargé d’affaires to Budapest visited the Hungarian Ministry of Foreign Affairs and asked the Hungarian side to halt the translation of the works of Yi Tae-jun and some other writers and to recall the books that were already translated from the bookstores and libraries. The novelist was sent to the industrial city of Hamhung, on the eastern coast of the peninsula, where he became a proofreader for a local newspaper. Later, he had to collect waste iron parts in an industrial complex. In the 1960s, he worked in a mine; the exact date and the circumstances of his death are unknown. It is interesting to mention that Yi’s former hanok (traditional Korean house) can still be visited in Seongbuk-dong in central Seoul, where a traditional teahouse keeps his legacy alive.

Hungary and the Korean Peninsula are located very far from each other, but the turbulent history of the 20th century created various unexpected meeting points between them. It is important to mention that these meeting points also connect South and North Korea.