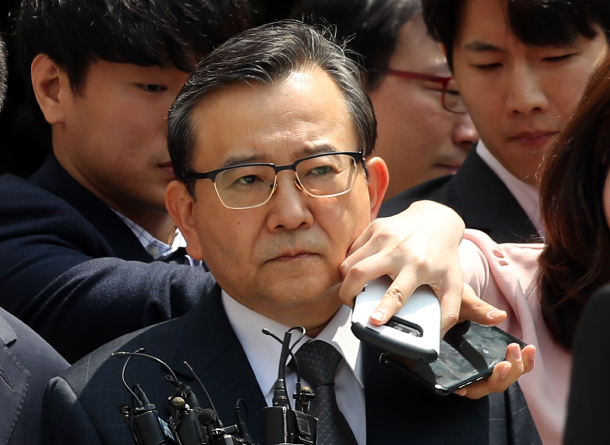 Kim Hak-eui, former vice justice minister, walks to the Seoul Central District Court to attend a hearing on an arrest warrant on bribery charges. After arriving in court at around 10 a.m., Kim didn’t respond to questions from reporters. The 63-year-old Kim, who briefly held the No. 2 post at the Ministry of Justice in 2013, is accused of receiving bribes and sexual favors worth 130 million won ($109,000) between 2006 and 2008, including money and valuables worth 30 million won from construction contractor Yoon Jung-cheon. [YONHAP]