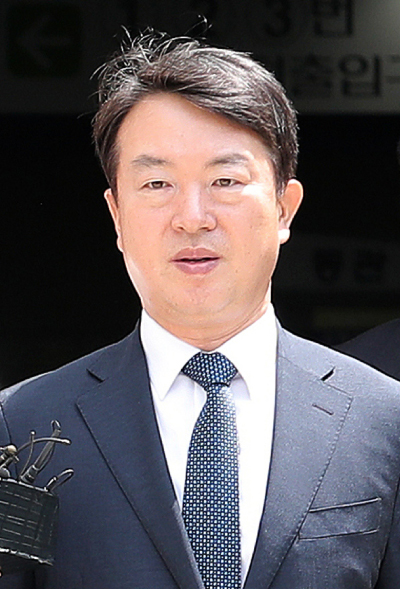 A Seoul court on Wednesday issued an arrest warrant for a former police chief charged with illegally intervening in elections and politics during the previous administration.

The Seoul Central District Court issued an arrest warrant for Kang Shin-myung, who served as commissioner general of the Korean National Police Agency (KNPA) during the Park Geun-hye government, while rejecting warrants for three other people.

The three are Lee Cheol-seong, who also served as commissioner general of the KNPA, and two former police intelligence bureau chiefs.

Earlier in the day, the four attended a hearing held by the court to decide whether to issue arrest warrants for them. Arriving at the court at 10:22 a.m., Kang who held the top police post from August 2014 to August 2016, briefly told reporters that he will give a “detailed and faithful” explanation on behalf of himself and the police.

Lee - who succeeded Kang in 2016 and was reappointed to the top police post after the launch of the Moon Jae-in administration in May 2017 before retiring last year - didn’t give any particular comment. Two former heads of the KNPA’s Intelligence Bureau - Park Hwa-jin, who currently heads the agency’s Foreign Affairs Investigation Division, and Kim Sang-un - also attended the hearing.

Prosecutors last Friday requested arrest warrants for the four over allegations that they campaigned for pro-Park candidates prior to the general elections in April 2016.

The four are accused of helping pro-Park politicians ahead of the then-ruling party’s nomination of parliamentary election candidates by utilizing police intelligence to disadvantage their rivals. They are also suspected of intensive spying on anti-Park politicians at that time.

The Public Official Election Act bans the participation of civil servants in the planning and implementation of election campaigns. In addition, Kang, Lee and Kim are accused of illegally collecting intelligence on liberal figures critical of the Park administration while serving as the KNPA’s Intelligence Bureau chief between 2012 and 2016, prosecutors said.

The latest moves by prosecutors came amid an escalating conflict between the prosecution and the police over investigative rights reform.

Prosecutor General Moon Moo-il has publicly criticized the recent parliamentary approval of the fast-tracking of reform bills on rearranging investigative rights between the prosecution and police and establishing a new investigative agency to deal with corruption by high-ranking government officials.

Under the reform bills, the police would be empowered to initiate and close cases without approval from the prosecution, while the new government official investigative agency would have its own indictment power.