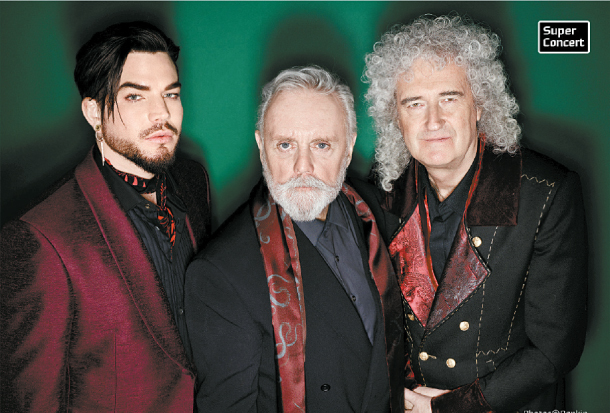 British rock band Queen will hold its first solo concerts in Korea, where the biopic film “Bohemian Rhapsody” was a sensation, next year, organizers said Friday.

Hyundai Card said its “Super Concert 25 QUEEN” will take place at the Gocheok Sky Dome in western Seoul on Jan. 18-19.

The Seoul concerts will be part of the band’s “The Rhapsody Tour” set to kick off in July. It will be the band’s first performance in Korea since their appearance at the Super Sonic music festival in 2014.

Formed in 1971, the four-member British rock band led by lead singer Freddie Mercury has released a number of studio albums and numerous chart-topping songs, including “Bohemian Rhapsody” and “We Are the Champions.” Mercury died in 1991.

Along with its global success, the film “Bohemian Rhapsody,” which depicts the life of Mercury, has attracted more than nine million moviegoers in Korea.