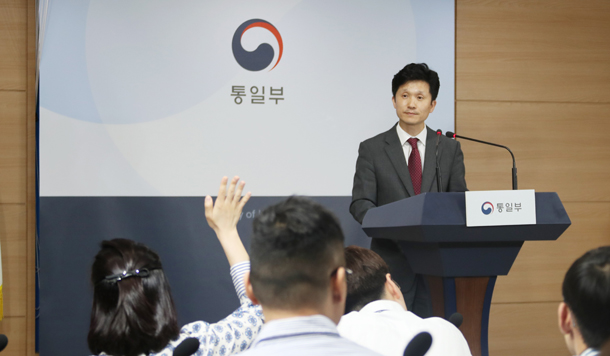 The Blue House announced Friday it will provide $8 million to international organizations to supply nutritional aid to children and pregnant women in North Korea and permit owners of businesses in the Kaesong Industrial Complex to visit their factories.

The decisions, possibly the biggest steps Seoul has recently taken towards reconciliation with Pyongyang, were made at a National Security Council (NSC) meeting Friday afternoon presided over by Chung Eui-yong, the presidential national security adviser.

The Moon Jae-in administration formalized its intention last week to send food aid to North Korea in response to a new UN report indicating a massive food shortage in the country, but had been debating how to do it given the political and diplomatic risks posed by a direct government-to-government transfer.

The Blue House Friday said that while its final plans to dispatch aid to the North would be decided after canvassing public opinion, it would first provide $8 million to the World Food Programme (WFP) and Unicef to provide thousands of children and pregnant or breastfeeding women with fortified cereals and enriched biscuits to combat malnutrition in North Korea.

President Moon Jae-in last week met with David Beasley, executive director of the WFP, to discuss the urgency of the food situation in the North.

Beasley emphasized the results of a joint WFP and UN Food and Agricultural Organization report that said around 10.1 million people - 40 percent of the population - suffer from severe food shortages.

The ultimate figure Seoul arrived at as aid is identical to the amount it promised the WFP and Unicef in September 2017.

One of the reasons the South failed to deliver on that pledge was pushback from the United States, though no official admission was made to that account.

Disapproval from Washington was apparently also the reason why the South dillydallied on granting approval to its businessmen with factories in the Kaesong Industrial Complex until Friday.

The businessmen, totaling around 200, had made a total of eight previous attempts to get the Unification Ministry’s permission to check on the state of the industrial equipment they left behind when the complex was closed by the previous administration in 2016.

All were denied allegedly out of concern that their trip could open a rift with the United States.

Officials in Washington reportedly worried that Seoul’s economic cooperation projects with the North would undermine its so-called maximum pressure campaign on Pyongyang.

But after mounting a public campaign, the businessmen’s ninth request, submitted jointly with eight lawmakers on April 30, proved successful.

“[The ministry] has decided to approve a request by the businessmen in terms of protecting our citizens’ property rights,” read a Unification Ministry press release on Friday.

“The government will work to ensure the Kaesong Industrial Complex businessmen’s trip to the North to verify the state of their equipment proceeds smoothly.”

A private organization representing the businesses welcomed the approval in a press release, saying that it was belated but nonetheless appreciated.

The statement added, however, that the government would be unable to avoid criticism that it had so far been neglectful of its citizens’ property rights due to its “excessive concerns” over what the United States would think.