BTS scheduled to be on The Voice

BTS scheduled to be on The Voice 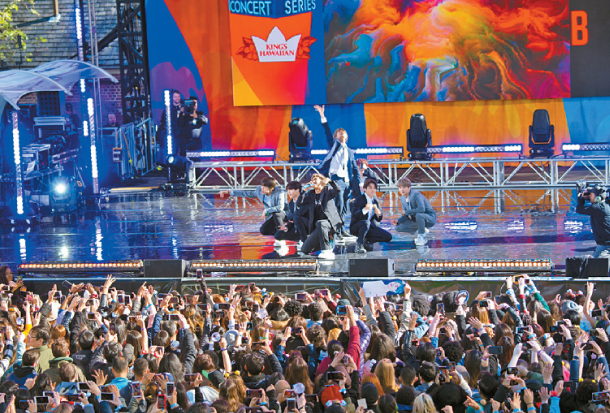 Fans of BTS have marked May 21 on their calendars over the weekend, as the date is when the K-pop sensation will make an appearance on “The Voice,” the popular American TV program. The program air at 9 p.m. EST.

It will be the NBC show’s finale. The program announced that the boys will perform “Boy With Luv” live. Along with BTS, The Jonas Brothers, Taylor Swift and Brendon Urie of Panic! At the Disco will also perform during the finale. BTS appeared in concert at Metlife Stadium in New Jersey on Saturday and Sunday.

For the finale of “The Voice,” Maelyn Jarmon, Gyth Rigdon, Dexter Roberts and Andrew Sevener will compete as finalists.