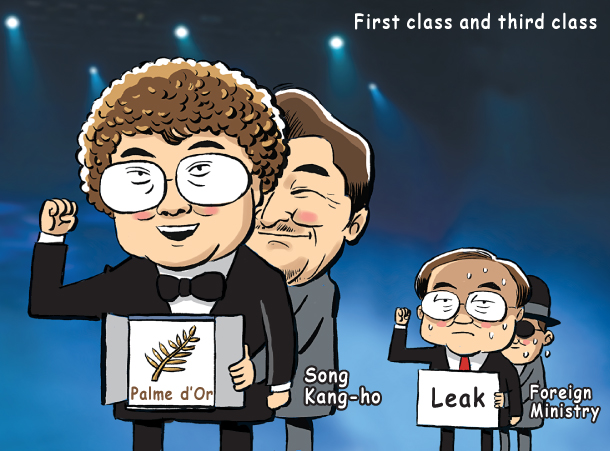 Bong Joon-ho became the first Korean director to win the Palme d’Or at the 72nd Cannes Film Festival on Saturday for his latest film “Parasite.” Director Bong thanked actor Song Kang-ho for his help in winning the prize. The Foreign Ministry, meanwhile, hid itself behind Rep. Khang Hyo-shang, who disclosed a phone conversation between Korean President Moon Jae-in and U.S. President Donald Trump.