Hyolyn denies bullying in the past

Hyolyn denies bullying in the past 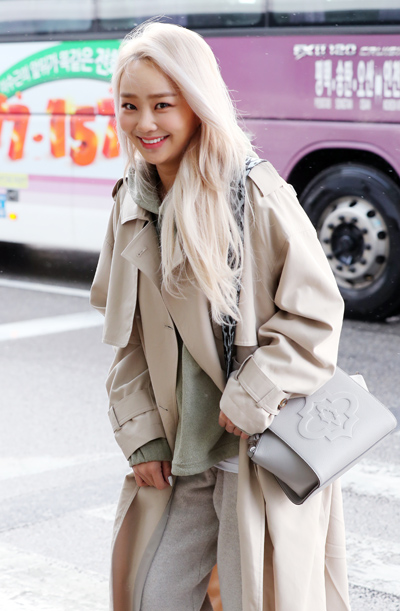 Singer Hyolyn was accused on social media of being a bully during her school days and is promising to take the fight to court.

An internet post was uploaded on the popular online community called Nate Pann in which the writer claimed that she had been “beaten and bullied for three years straight 15 years ago” by Hyolyn, whose real name is Kim Hyo-jung.

“She beat me on playgrounds and frequently stole my clothes and cash […] She even called my friend to a karaoke room and beat her on the head with the microphone. She would always have me hit her first, because then it was a two-way fight [if anyone reported it to the police],” the post read.

At first, Hyolyn’s agency took a conciliatory tone, stating that she would “meet the person who claims to be the victim in person and do her best to amend things,” even though she “did not clearly remember a memory from 15 years ago.” But the agency released another statement on Monday evening changing their position.

“She has suffered severe damage to her reputation and the image she built for herself during the past 10 years because of a lopsided claim that has not been verified,” the agency said. “We will not be overlooking any attempts to take advantage of the fact that she is a celebrity, and take a firm stance against them,” it said.

The agency also referred to how the original post had been deleted without any explanation late Sunday afternoon as there was alleged evidence that the claim was not true.

Meanwhile, more people took to the internet Sunday and Monday claiming that they either saw Hyolyn beat someone or had been beaten themselves.

The agency did not release any further statements since Sunday.