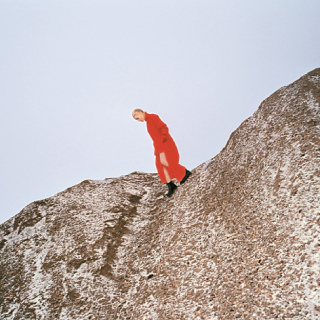 On her fifth solo album, Welsh eccentric performer Cate Le Bon continues to expand her own enchanted musical realm. “Reward’’ is a touch more direct than past releases but shares the same subversive grace.

The record’s first line - “decorate the new discord’’ - acts not only as a motif but speaks to the subtle depth that lies within. From there, a subdued saxophone flirts with a flared synth and Le Bon’s pillowy harmonies. Her voice is both expressive and airy and her accent accentuated when she sings.

At times she seems impenetrable, at others an aching vulnerability is revealed - at one point determining: “ I’m a cross hair.’’ The intricate hooks also reveal themselves gradually, popping out of nowhere or unfurling deceptively.

A distinct sense of place and universality are both at play. That dichotomy is part of the draw. “Home to You” details the complicated nature of residence, redefining the concept as “an impasse under hallway ceilings” or a “drink from borrowed cups.” AP