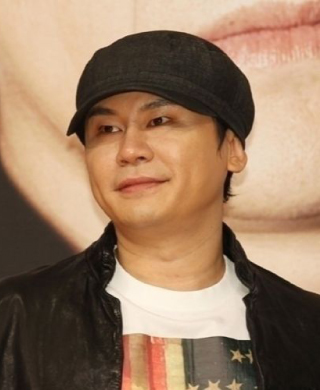 Yang Hyun-seok, the CEO of K-pop empire YG Entertainment, is facing accusations that he arranged prostitutes for foreign investors.

The allegations were first raised on Monday by “Straight,” an investigative reporting show on TV network MBC.

The accusation was based on statements by an unidentified person who claimed to have witnessed a party in July 2014, where Yang, 49, was with eight men and 25 women. The witness claimed that two of the men were wealthy and from Southeast Asia, and that some of the women were there to provide sexual favors. The person also said that singers from YG Entertainment also attended, though names were not provided.

One of the two wealthy investors from Southeast Asia was identified as a CEO of Origin Food and a VIP customer at Burning Sun. This club in Gangnam District, southern Seoul, was partly owned by K-pop megastar Seungri and was revealed to be a hotbed of prostitution and drug use in a scandal that shook Korea’s entertainment industry, law enforcement and society. Seungri was employed by YG Entertainment before his contract was terminated by the company on March 13, after he announced his retirement from entertainment.

“Of the women, over 10 of them were known to be prostitutes provided by Madame Jeong, who is a friendly acquaintance of YG [Yang],” claimed the witness. “Among the ordinary people was Hwang Ha-na, the granddaughter of the founder of Namyang Dairy Products.”

Hwang is also the former girlfriend of actor-singer Park Yu-cheon. She is believed to have been a VIP at Burning Sun, and was placed under pretrial detention on unrelated drug charges on April 6.

JTBC’s “Spotlight” broadcasted on May 2 claimed that Hwang spent time with prostitutes at house parties where people had sex under the influence of drugs. Most of the people in the group allegedly then went to club NB in Gangnam District, southern Seoul, which is believed to be run by Yang. The witness claimed that Yang oversaw the group during their drinking party at the club and that this party led to the exchange of sexual favors. Yang denied that he arranged prostitutes but admitted to attending the parties on the invitation of an acquaintance.

Yang is also suspected of being the real owner of another club in western Seoul called Love Signal that was managed by Seungri.

In 2015, Seungri also allegedly provided prostitutes for Japanese businessmen; the credit card used to pay for their lodging was the corporate card of YG Entertainment. Police concluded that the incident was not related to YG Entertainment, as its contract with the singer allowed corporate cards to be used for personal use. The amount used personally would be taken from the profits that the singer would receive, so the payment would not have come from YG Entertainment assets.

“Nothing has been confirmed as of now,” said Won Kyung-hwan, commissioner of the Seoul Metropolitan Police Agency, in a press conference on Monday on the allegations against Yang. “There were no testimonies related to the [incident] and no internal investigations are being carried out.”