Three years later, Lee Hi now old enough to get her songs: With a bit of maturity, she has found the depth to match her powerful voice

Three years later, Lee Hi now old enough to get her songs: With a bit of maturity, she has found the depth to match her powerful voice 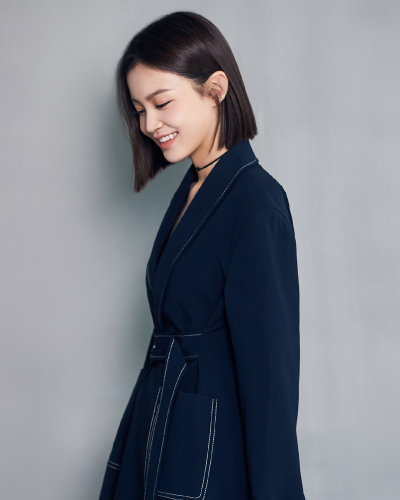 Say hi to Lee Hi, the young R&B diva who made a big comeback on Thursday, appearing for the first time in three years with her new EP, “24ºC.” Three years is certainly no short amount of time to have stayed away from the music scene, especially considering her youth, but Lee believes that the new album will be a chance for the fans to see just how much she has grown and matured over the years both as a singer and a young adult.

“I want to show people that I’ve grown up,” said Lee in an interview on Thursday afternoon prior to the EP’s release at 6 p.m.

“I feel so nervous, but I feel mostly glad that it’s out. I am very anxious to have new work out, but I’m trying to keep calm.”

“24ºC” is Lee’s first EP to come out since her last full-length album, “Seoulite,” was released on Oct. 4, 2016. After that, she issued just two songs, one for a drama in 2016 and another for a movie last year. The new five-track EP “24ºC” carries the various sentiments of love that she feels as a 24-year-old (in Korean age, which counts a newborn baby as a 1-year-old), through diverse range of music to express the different moods of love. From trendy R&B to funky pop and calm ballad, Lee sought to broaden her musical spectrum during the three years away from the stage.

“It took such a long time for me because I just couldn’t come up with the right lead track,” Lee said. “I mean, I like all the tracks, but we just didn’t have that one track that was going to stick. So we worked and worked until we had one.”

She added, “But having had the time to rest, I developed myself in various ways; not just my singing skills but as a person. I’ve become much more mature, and I think that I’ve become much better in bringing the right emotions to a song. I made a lot of effort, but things just naturally came to me over time. And it’s given me the chance to cover a diverse range of genres as well.”

“Breathe” was a particularly huge hit. The ballad was not about the usual heart-breaking love of a man and a woman, but a song to tell everyone that it’s OK to feel tired and worn out by the everyday hardships. “How could I understand the weight of someone’s sigh, that heavy sigh. I could never know the depth of your sigh, but it’s OK: I’m here to give you a hug,” she sang. The song became popular once again in late 2017 when people discovered the song and lyrics had been written by Jonghyun, the SHINee member who died by suicide in 2017 leaving behind a note describing his harrowing struggle with depression.

“I was comforted very much myself when I heard that song,” she said. “I learned that many people were comforted while they listened to the song, and that comforted me even more. But looking back, I think I could have sung it with more confidence. Maturity has allowed me to become more easy-going. If, when I was younger, I was a child acting old, now I feel more relaxed and able to actually deal with everything.”

The newly-gained confidence helped her sing the lead track of the new EP, an exotic retro pop track titled “No One” that has been taken from veteran diva Han Young-ae’s song of the same title from 1988. She expresses her loneliness, asking if there is no one to bring her comfort.

“I’ve come to learn a little bit more about love,” she said. “I sang love songs in the past, but I didn’t exactly understand what I was singing about. But I’ve had small experiences during my time off that have helped me change,” she laughed.

But according to Lee, it’s not just about going out there and looking for a new chance wherever you can: it’s about waiting for the right timing.

“I tried to get across the emotion that I’m waiting. But I’m not waiting for someone to just come for me. I’m waiting for the right time, so that I can seize the chance at the right moment,” she said. She also revealed that the same patience has allowed for her to come back with the new EP.

During her time off, Lee learned a lot of things, which included writing her own songs and lyrics. One track from her EP “20Min” was written by the singer herself. It is about how a woman feels when she realizes that her lover does not want to be with her anymore.

“We chose this track because we thought it was a good match with the overall theme of the album. I would actually like to have more of my own songs in my albums in the future. But I can’t do that just because I want to: the song has to be good enough to be there. So I’m going to learn more, and hope that I will be able to have my songs come out,” she said.

“I’ve learned that you can’t just have an album out just because you want to,” Lee said. “You have to have the songs and so many people to make it happen. So I just worked as hard as I could, and chose the best five songs that we made over the last three years for this EP.”

Having made her debut as a 16-year-old, Lee’s fans know how she started from a shy little girl who appeared on television for the first time, to become one of the most celebrated solo female singers in the K-pop field over the past seven years. The fact that everyone knew who she was from her childhood set her back before. But now, she believes that it’s one of the reasons why people like her so much.

“I was worried that people may only think of me as this young girl from the audition,” she said. “What if people don’t see the other sides of me, other than the young girl? But I think that now, because the fans have watched me grow, they want to support me more for that. They have seen me mature well, and I think it’s something to be thankful for.”

“I think I have a voice that makes people want to listen more,” she said. “Music felt like just a fun game when I was younger, but now it’s become like a job to me. It’s not to say that I don’t enjoy it, but I feel much more responsibility. But I’m determined to make good songs for everyone.”

She’s had enough time to rest, and hopes to fill her time this year the way she hasn’t been able to in the past.

“I can’t make a solid promise about a second album this year, but I would like to hold a concert,” she said.