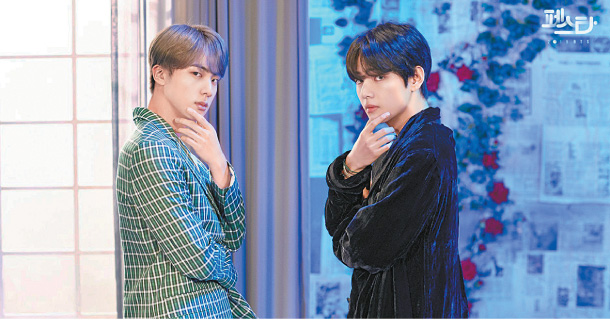 BTS will celebrate the sixth anniversary of its debut with an 11-day online event dubbed “2019 BTS Festa,” the band’s agency Big Hit Entertainment announced on Monday.

Through this year’s “Festa,” BTS will reveal never-before-seen content for fans all over the world to enjoy together, including photographs, songs and videos made by the members themselves. The event kicked off on Sunday at midnight through the boy band’s official social media accounts. Seven photographs were released for each member, in which they re-enacted the music videos and trailer videos for their songs from the past.

The “2019 BTS Festa” will wrap up on June 13, the event’s 11th day and the day of the band’s debut. BTS has celebrated its debut with a special “Festa” every year.

Having finished its successful performance at Britain’s Wembley Stadium over the weekend, BTS will take the stage on June 15 and 16 at the Busan Asiad Auxiliary Stadium and on June 22 and 23 at the Seoul Olympic Park Gymnastics Arena for its fifth global fan meeting event, titled BTS 5th Muster “Magic Shop.”