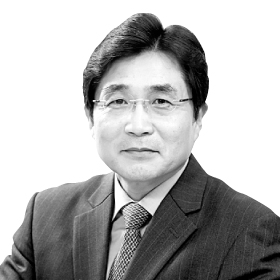 The U.S.-China trade dispute has been escalating into an open trade war. Such friction not only damages the economies of the United States and China but also negatively impacts the global economy. Moreover, it is likely to heighten the uncertainties and unpredictability of the overall international situation.

We seem to have entered a period of intense, long-term rivalry between the United States and China. The U.S. government considers China a strategic competitor and intends to counterbalance its growing influence. Responding to China’s “One Belt, One Road” initiative, the Trump administration has come up with an Indo-Pacific strategy. It does not hide its aim of countering China. Therefore, the current face-off between the two giants ought to be seen as part of the U.S.-China strategic rivalry. In the long-term, that rivalry and strategic competition will continue to deepen.

If the U.S.-China competition escalates, Korea and other small countries might be forced to make an invidious choice between the two. This is the situation we would most like to avoid. Association of Southeast Asian Nations (Asean) member states are worried about the likely internal division, and if that is the case, Asean centrality cannot help but be weakened. Korea will be faced with the same strategic dilemma.

Now is the time, therefore, to pay more attention to the strategic importance of the Moon Jae-in administration’s New Southern Policy. This policy initiative was designed to reduce Korea’s dependence on major powers and expand the autonomous space in our foreign policy by pursuing diversification of cooperation. Korea perceives Asean as a core partner. As Asean and Korea have neither historical baggage nor territorial dispute and no hegemonic intentions in the region, they can develop a true and lasting partnership.

Then, how should Asean and Korea work together as middle-sized powers to cope with growing uncertainties? First, Asean and Korea need to work toward a multilateral system in the Asia-Pacific region and come up with a vision for their futures. It is encouraging that Asean has been discussing the Indo-Pacific concept in a proactive way to work out its collective position. Last March, Indonesia took the initiative to invite high-level policymakers from 18 countries from the East Asia Summit (EAS) and engaged in intensive discussions on Indo-Pacific cooperation. It is appropriate and desirable that a middle power like Asean looks for a new regional order, not leaving everything to the big powers. Korea shares the strategic interests of Asean and supports Asean endeavors. Asean and Korea can work together with other like-minded countries to develop a new regional architecture based on the key principles of openness, transparency, inclusiveness, respect for international law and Asean centrality.

Asean has a good track record in the promotion of regional peace and prosperity by contributing to institutionalizing cooperation mechanisms such as Asean+1, Asean+3, EAS, Asean Regional Forum and Asean Defense Minister’s Meeting. Asean can play an important role in shaping a new regional architecture as it maintains good relations with major actors like the United States and China. Asean-led mechanisms can serve as a valuable platform for cooperation in which all countries concerned are represented, ensuring that they are on the same page. Korea can be a benign and close partner in the process.

Second, the U.S.-China trade war will inevitably affect Asean and Korea in many negative ways. It could cause a decrease in exports and investments, particularly in regards to China, and disrupt global supply chains. Therefore, Asean and Korea should look at the broad geo-economic landscape that includes such aspects as alterations in global supply chains and the international trade system. Asean and Korea may benefit from trade diversion from China and may also benefit from businesses relocating to avoid tariffs imposed on Chinese products. However, they may be placed under pressure to take sides in such sensitive cases as Huawei. Therefore, they should strengthen industrial cooperation to expand the global supply chain and reinvigorate the multilateral trade system. The Regional Comprehensive Economic Partnership (RCEP) negotiations should be expedited, and Korea should positively consider joining the Comprehensive and Progressive Agreement for Trans-Pacific Partnership (CPTPP).

Last but not least, what makes the Asean-Korea partnership solid and sustainable is our trust and respect based on mutual understanding. Strategic dialogue and close communication are essential on various levels for government officials, the business communities, academia, mass media and civil society in general. We can build a true partnership only when we understand each other well.

This year offers an excellent opportunity to deepen Asean-Korea relations. The third Asean-ROK Commemorative Summit and the first Mekong-ROK Summit will be held in Busan late this year. Amid growing uncertainties, it is hoped that Asean and Korea will present their shared visions and strategies to overcome the challenges ahead.