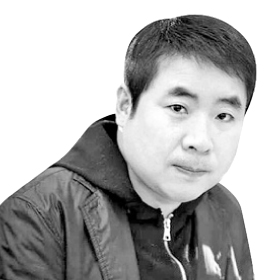 Park Chung-bae
The author is a food columnist.

When it was announced that Eulji Myeonok in central Seoul would be relocated because of redevelopment, many were angry. After the city announced a plan to save old shops, Eulji Myeonok, famous for its Pyongyang-style naengmyeon (cold buckwheat noodles), survived. Eulji OB Bear, a restaurant in the alley across from Eulji Myeonok, is being evicted by the building owner. Sure, a Korean restaurant in Insa-dong was about to be shut down because of operation difficulties, but customers saved it from being closed.

The survival of old restaurants has been a hot topic as of late. They have created “sympathy through food.” People treasure old restaurants like their family and friends. Aside from the sentimental connection, old restaurants are valuable as cultural assets. Eulji OB Bear, which began on a corner of Euljiro’s Tool Alley in 1980, is a fossil from the “draft beer era” in the ’80s. It sells small pollock, or nogari, for 1,000 won ($0.85), a product brought by refugees to South Korea after the 1950-53 Korean War.

Eulji Myeonok symbolizes the successful arrival of Pyongyang-style naengmyeon in Seoul. Having a glass of soju with boiled beef slices and the thinnest cold noodles in Korea in old Euljiro atmosphere is only possible at Eulji Myeonok.

Taste and space cannot be experienced separately. Since the international conference on urban redevelopment in The Hague, the Netherlands, in 1958, urban redevelopment has shifted from demolition to restoration and preservation, and to renewal. Korea has a painful memory of losing Pimatgol to redevelopment in 2008. The Hangover Soup Alley and Octopus Alley disappeared then. Urban renewal can preserve old buildings, but rapid rent hikes threaten the survival of old shops. Moreover, a sharp minimum wage increase, 52-hour workweek and a shortage of skilled cooks also contribute to the demise of old Korean restaurants. Value-for-money and satisfaction-for-money have led people to seek cheaper dining options and eat out less. Food delivery services increase and convenience stores offer a variety of food options.

Korean restaurants in Insa-dong offering course meals were badly hit. When one old restaurant disappears, it is not just memories that are erased. Food that cannot be tasted is quickly forgotten. It is hard to ask individuals to stand against the trend and operate restaurants for 100 years. In China, healthy companies established before 1956 receive certificates marking their heritage. The certificates are so powerful that similar stores without certificates go bankrupt. 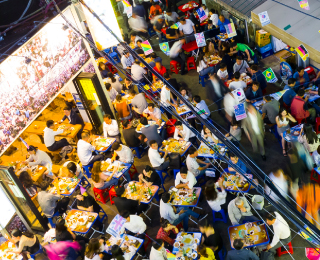 In Japan, there are 33,069 traditional firms established more than 100 years ago in Kyoto and Tokyo because of the tradition of respecting merchants and the custom of not wanting drastic changes. More than 3,000 businesses are over 200 years old, and seven claim to be more than 1,000 years old. In China and Japan, old restaurants hardly ever relocate. They have long lease terms and drastic lease hikes are uncommon. When the lease price is stable, they can develop their own food and services, and create a cycle of long survival.

Standards and fairness for selecting old restaurants should also be established and PR efforts enhanced. No one would ignore a familiar space and taste. I wonder what else would attract the attention of the public as much as old restaurants in urban renewal.
Translation by the Korea JoongAng Daily staff.