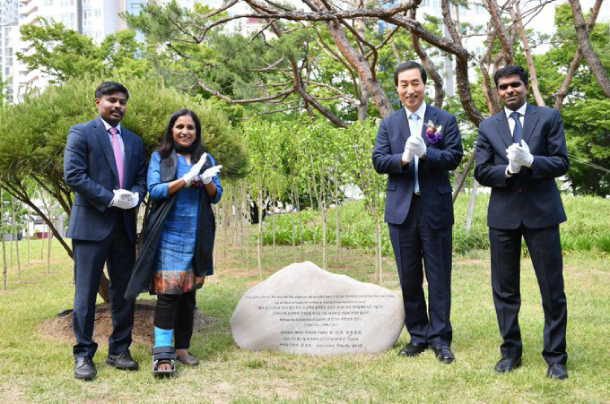 Ambassador of India to Korea Sripriya Ranganathan, second from left, and Moon Seok-jin, head of Seodaemun District, western Seoul, second from right, on Monday celebrate the inauguration of the Korea-India Peace Park at the Seodaemun Independence Park to commemorate the 150th anniversary of the birth of Mahatma Gandhi. [EMBASSY OF INDIA IN SEOUL]