Swedish smiles for them

Swedish smiles for them 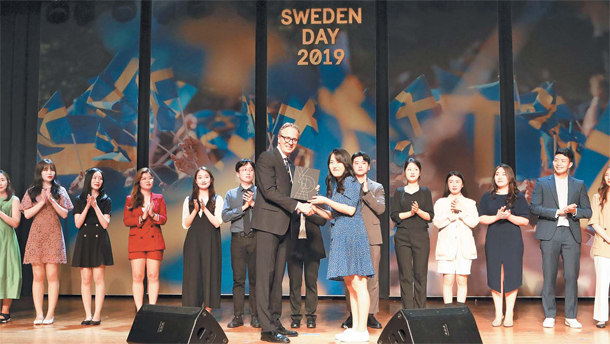 Ambassador of Sweden to Korea Jakob Hallgren gives awards to 20 designers who passed the preliminary stage of the Korea + Sweden Young Design Award, co-organized by the Korea Institute of Design Promotion, IKEA Korea and the Embassy of Sweden in Seoul on Sweden Day 2019, held at the Grand Hyatt Seoul in central Seoul on Wednesday. The celebration commemorated the National Day of Sweden, which honors Gustav Vasa being elected king on June 6, 1523; the adoption of a new constitution on June 6, 1809; and 60 years of diplomatic ties with Korea. [PARK SANG-MOON]