Opposition lawmakers slammed President Moon Jae-in over the weekend for departing the country on a three-legged European tour after leaving Korea ideologically “divided” over a controversial speech he made on Memorial Day.

Conservative lawmakers outside the ruling Democratic Party have been rallying against Moon for days since he brought up an independent activist last Thursday during a national address while honoring patriots and fallen soldiers who gave up their lives for the country during Japan’s colonial rule over Korea from 1910 to 1945. 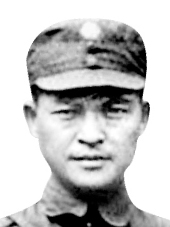 The figure at issue is Kim Won-bong.

Kim served as deputy commander of the Korean Liberation Army of the provisional government in China in the early ’40s. After Korea gained independence from imperial Japan, he returned to South Korea, but crossed the border into the North in 1948. He was a founding member of the North Korean government and was later appointed head of the State Inspection Commission, which is equivalent to South Korea’s prosecutor general, or chief of the prosecution.

He also served as labor minister and deputy head of the standing committee of the Supreme People’s Assembly, North Korea’s legislature. Kim was decorated by the North Korean government for his role in Korea’s independence movement, but later purged in 1958.

Conservative lawmakers in South Korea see Kim Won-bong as a communist and one of the main culprits behind the 1950-53 Korean War.

“The Korean Youth Battlefield Mission Corps, the anarchist forces and the Korean Volunteer Army, led by Kim Won-bong whose pen name was Yaksan, were incorporated into the Liberation Army, which helped to finally unite the nation’s independence movement forces,” Moon said last Thursday during his Memorial Day address.

“With that combined force, they, together with British troops, fought against Japanese forces on the India-Burmese front in 1943, and in 1945, they learned of the liberation of their country while preparing to launch a joint operation with the U.S. Office of Strategic Services to advance onto the Korean homeland.”

The speech was televised live and made at the Seoul National Cemetery in Dongjak District, southern Seoul, in front of a crowd of some 10,000 people, including veterans and families of fallen heroes.

Moon left the country on Sunday for a trip to Finland, Norway and Sweden.

Rep. Na Kyung-won, floor leader of the main opposition Liberty Korea Party, wrote Sunday on her Facebook page that Moon was leaving after delivering an address that “could not be accepted by common sense,” which made Memorial Day “a day of public division and conflict.”

Rep. Ji Sang-wuk of the minor-right Bareunmirae Party, wrote on his Facebook page on Saturday that Moon was basically ordering his government to formally confer a decoration on Kim.