Over a week has passed since local police arrested a 36-year-old woman for allegedly killing her ex-husband on Jeju, dismembering his corpse and attempting to destroy the evidence by putting the body parts in plastic bags and throwing them into the sea, but a web of questions remains unresolved as authorities struggle to get the suspect to open up about the crime.

Jeju police revealed the personal information and images of the suspect, Koh Yu-jeong, last Friday. Koh has admitted to killing her ex-husband and said she was alone in committing the crime, but has refused to elaborate on her motive. 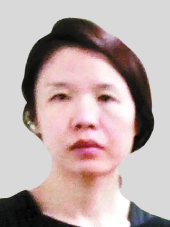 The body parts of the victim, whom police only identified as a 36-year-old man surnamed Kang, haven’t been found, though police said Sunday they did discover some bone parts that could have belonged to him.

Kang and Koh, both from Jeju, got divorced two years ago, after Koh gave birth to their son. The son, who’s now six years old, has been living with Koh’s parents on the island. Koh remarried in 2017, soon after the divorce, and moved to Cheongju, North Chungcheong. Kang stayed in Jeju.

According to police reports, Kang wanted to see their son after separating from Koh, but Koh refused to allow him access, prompting Kang to ask a local court for permission to visit him. The court recently granted Kang visiting rights.

Kang and Koh agreed a visit would take place on May 25 at a pension in Jeju. Koh took a ferry from Wando Port in South Jeolla on May 18 to reach the southern resort island.

CCTV footage showed Koh, Kang and their son entering the pension on May 25. The next day, Koh was seen exiting the place with her son. Police later found out she took him to her parent’s house. Koh returned to the pension, and at around noon on May 27 she was seen leaving and loading what appeared to be Kang’s dismembered body in a car.

Police believe Koh murdered her ex-husband on May 25, the day they entered the pension. If that is the case, Koh and Kang’s son would have been present in the pension at the time of the murder.

On May 28, at around 6:30 p.m., Koh purchased 30 plastic bags and a carrier bag from a supermarket in Jeju, police said. Koh allegedly filled the bags with Kang’s body parts and left them inside her car as she drove the vehicle on a ferry heading for Wando Port at 8:30 p.m. that day. CCTV footage from the ferry showed Koh hurling plastic bags into the sea 7 minutes after the ferry left the port.

Koh told police that she left some of Kang’s body parts on the side of the road in Wando County, and some near a house in Gimpo, Gyeonggi, owned by her father.

Police were first made aware of the case on May 27 after Kang’s family called them, saying they couldn’t reach him. Koh initially told officers her ex-husband left the pension on May 25. Police arrested Koh on June 1 after raiding her home in Cheongju and finding objects that were believed to have been used in the murder.