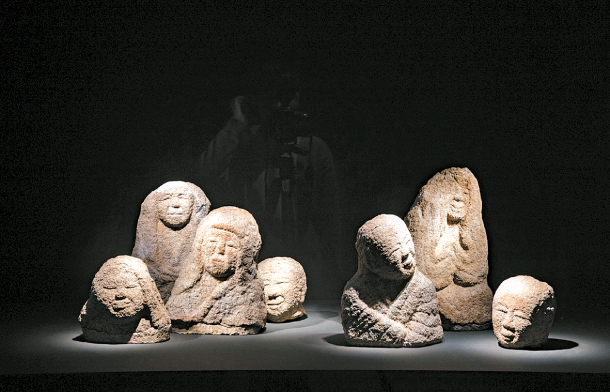 Through Sunday: The exhibition features 88 Arhat statues from Chuncheon, Gangwon. Arhats refer to the historical disciples of Buddha.

The statues, which have lifelike expressions of happiness, anger and sorrow, were first discovered in 2001 by a farmer in Yeongwol County, Gangwon. The excavation project was launched and a total of 317 statuettes were unearthed. The site was revealed to be the location of the Changnyeong Temple during the Goryeo Dynasty (918-1392). The Arhats were first revealed to the public at the Chuncheon National Museum in Gangwon last year and came to the National Museum of Korea in April.

The exhibit is divided in two sections. To offer visitors a sense of walking in a forest, contemporary artist Kim Seung-young, who worked on the design of the exhibition, created pedestals reminiscent of trees and added sounds of birds chirping. The second section has a tower-like installation made of 700 speakers . Twenty-nine Arhat statues are placed among them.

Through July 7: This exhibition, which wrapped on May 6, resumed after Craft Week 2019 took place at the venue. The exhibition is one of the largest contemporary art shows ever about the buffer zone between South and North Korea. Fifty artists have works displayed about the past, the present and the future of the demilitarized zone (DMZ) seen in various aspects, encompassing histories, politics, individual lives and natures from each of their perspectives.

The exhibition also has a special section, titled “The Life Environment of the DMZ,” which features botanical specimens from the areas near the DMZ, where diverse species of wild flora and fauna are well preserved because of the lack of human activity in the area.

Admission is free. It is closed on Mondays. Go to Seoul Station, lines No. 1 and 4, exit 2.

Through July 7: The exhibition features works by eight teams of artists who deal with the coexistence of humans and nature, as well as relations between humans.

The exhibition title was taken from a book by the neurologist Oliver Sacks, who wrote about his travel to the small island of Pingelap, Micronesia, a place where over 5 percent of residents are completely color blind because of genetic factors but live in harmony with those who are not color blind based on mutual understanding. 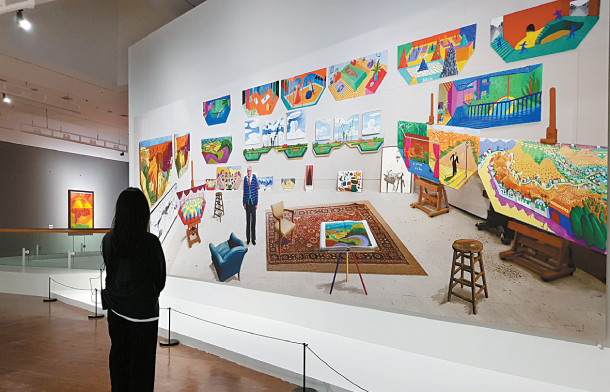 Through Aug. 4: The largest-ever retrospective of celebrated British painter David Hockney in Asia features 133 paintings, drawings and prints by Hockney, one of the world’s most influential living artists.