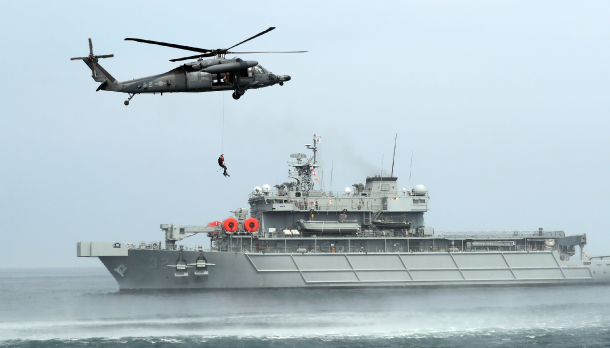 The Navy, Coast Guard and Air Force conduct a large joint search and rescue drill in waters off the east coast on Tuesday as part of efforts to bolster the country’s disaster relief capabilities. The exercise included the 3,500-ton Gwangyang salvage ship, HH-47 and HH-60 helicopters and deep-sea divers. The exercise was based on a scenario in which the military responds to a major maritime accident that leaves a massive number of people stranded at sea. [YONHAP]