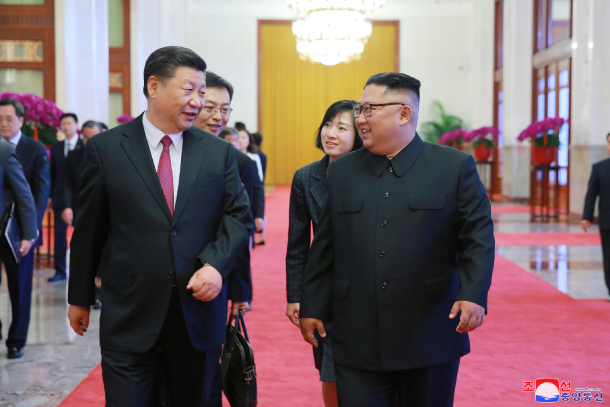 Xi is scheduled to pay a two-day state visit to the North from tomorrow at the invitation of North Korean leader Kim Jong-un, state-run news media of the two countries announced Monday night. Xi’s visit to Pyongyang comes days ahead of a Group of 20 Summit in Osaka, Japan, on June 28 and 29, bringing leaders of major countries together.

After Kim’s second summit with U.S. President Donald Trump collapsed in February, the North focused its diplomatic efforts on traditional allies China and Russia while also resuming military provocations by conducting missile tests on May 4 and 9.

President Moon Jae-in has repeatedly asked Kim to meet with him before Trump’s visit to Korea after the G-20 summit, but Xi’s upcoming visit to the North drastically reduced that possibility.

The Blue House tried to suggest the possibility was still open. “Anytime is acceptable for us,” a senior presidential official said Tuesday. “We are always prepared, but we don’t know if it will be before or after the G-20. Instead of being too obsessed with having an inter-Korean summit, the most important thing is making an effective, spontaneous decision on what will be the best way to achieve the goal of a nuclear-free Korean Peninsula and peace.”

The Blue House insisted it was not excluded in the latest diplomatic development. Asked if Seoul was notified by Beijing or Pyongyang about Xi’s trip in advance, the official refused to answer.

“We cannot confirm specifically on how and when we obtained the information because it concerns national security,” she said. “But what’s important is that we have continued to communicate [with Beijing] about this.

“It is possible to interpret that our government’s intention is included in the North-China summit,” the official said. 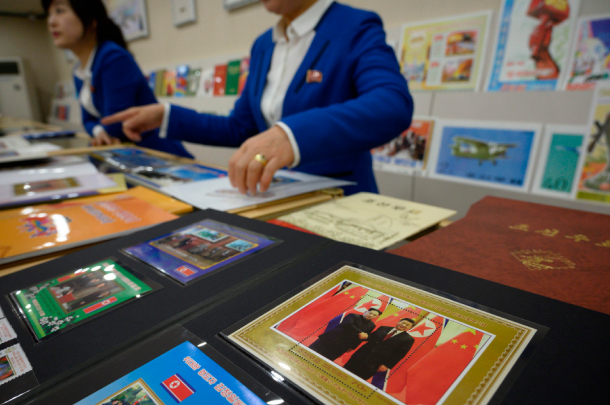 On Monday, the Blue House said that it has closely consulted with the Chinese government to encourage Xi’s trip to the North at an early date based on a belief that it will contribute to the peaceful resolution of the issues.

The official warned against an analysis that North Korea and China would form one side, while South Korea and the United States would be on the opposite side in a denuclearization negotiation.

“The United States and China also have the perfectly same stance on the denuclearization of the Korean Peninsula,” she said.

The Blue House had also announced Monday that Moon would meet with Xi on the sidelines of the G-20 summit in an effort to stress that Korea was not left out in the ongoing diplomatic process.

Following Xi’s trip to the North, Stephen Biegun, the U.S. special representative for North Korea, is reportedly visiting Korea next week ahead of Trump’s visit to Korea after the G-20 summit.

Diplomatic sources have said he wants to have contact with North Korean officials, in particular Vice Foreign Minister Choe Son-hui, in Panmunjom to start talks to arrange a third summit between Kim and Trump.

Following Monday’s surprise announcement of Xi’s trip to the North, speculation grew that China is trying to use the meeting as leverage in the ongoing trade war between China and the United States, but Beijing on Tuesday stressed that the visit is solely intended to restart the stalled nuclear talks.

Through its social media account, the People’s Daily, the official newspaper of the Communist Party of China, released a lengthy interview with Zheng Jiyong, director of the center for Korean studies at Fudan University, to illustrate Beijing’s intention.

Asked about the timing, Zheng said Korean Peninsula issues are facing a critical juncture, and it is necessary to add momentum now.

“China’s approach has changed the global affairs at a time of transition,” he said. “China’s stable attitude and strong determination toward the Korean Peninsula issue will change a small stability in Northeast Asian affairs to a greater stability,” he said.

Song Tao, head of the International Liaison Department of the Communist Party, also said Monday that Xi’s upcoming visit will bring about new progress in the political settlement of Korean issues.

Although Kim visited China four times over the past year and repeatedly extended invitations to Xi to make a reciprocal visit, the Chinese leader held out until now.

Sources in the diplomatic community in Beijing have maintained that Xi would do so only after Kim promises to make progress in denuclearization.

Monday’s announcement of the upcoming trip fueled speculation that the North, indeed, made some kinds of promises to China.

The sources said Xi would be able to emphasize China’s role as mediator in Korean issues by delivering a message from Kim when he meets Trump on the sidelines of the G-20 summit.

According to Zheng, Kim is expected to reaffirm the North’s intention to denuclearize during his summit with Xi.

He said cooperation in tourism and cultural exchanges will be strengthened at the summit. “The North recently built a special tourist zone in Wonsan,” Zheng said, indicating that Beijing would likely support Chinese tour groups traveling to the North.

Zheng was also optimistic about a third Trump-Kim summit. Hope for a third summit is growing after Trump said last week that he had received a “beautiful letter” from Kim.

“Trump is not interested in the North Korean nuclear issues as he used to be, but the North knows very well that he still thinks it can be used for his campaign for re-election in 2020,” Zheng said. “So the North will not want to embarrass him.”

“The United States, along with our partners and allies, and other permanent members of the UN Security Council, including China, are committed to the shared goal of achieving the final, fully verifiable, denuclearization of North Korea,” a State Department official said. “The United States and the international community have a shared understanding of what final, fully verified denuclearization entails and what meaningful progress toward that goal looks like.”

BY SER MYO-JA, YOU SANG-CHUL [ser.myoja@joongang.co.kr]