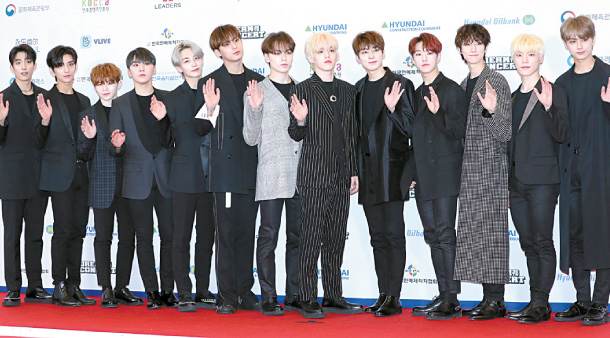 Boy band Seventeen is in hot water for delaying an airplane departure by an hour on Monday.

The controversy arose when one of the passengers complained about how the boy group’s late boarding led to an hour-long delay on an online message board. The post spread quickly on social media along and others who were on the same plane added similar complaints.

On Friday, the group’s agency Pledis Entertainment disputed the claims.

According to the agency, the group arrived on time for their check-in on their way back to Korea after a fan meet in Okinawa, Japan, but the boys and rest of the crew were suddenly held up by the airline to fill out re-entry permits, although they were previously told the documents were unnecessary.

“We proceeded along the check-in on time and had already checked in our baggage when the boarding crew stopped us,” the agency said. “Nevertheless, we are sincerely sorry about the delay and for the inconvenience we caused to the rest of the passengers.”
Despite the agency’s apology, some still chastised the group for taking too long to fill out the documents and not directly apologizing to the passengers.