Kumho Tire introduced four new products for the Chinese market during an unveiling event in Nanjing, China, on Wednesday.

The products range from its new premium Majesty9 model to performance tires for SUVs.

According to the tire maker, the Majesty9 tire incorporates new technology to improve ride comfort and noise levels and that the product strengthens durability.

It added that the new series of products will help the company’s recovery toward a turnaround in the second quarter. 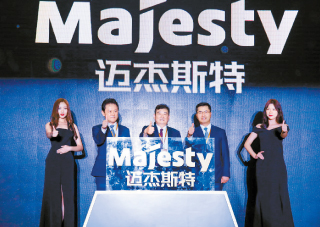 Kumho Tire’s Chinese unit had recorded operating losses for 30 consecutive months before a monthly turnaround in May.

In terms of the tire maker’s consolidated earnings, Kumho said it recorded an operating profit in April and May, and that it expects a turnaround in the second quarter this year after nine consecutive quarters of losses.

The company had faced management woes before being acquired by China’s Doublestar in July last year.

“Since Doublestar’s large investment last year, Kumho Tire has undergone restructuring, cost-saving measures and other efforts in order to normalize operations,” said Jeon Dae-jin, Kumho Tire CEO, at the event. “We are about to realize our efforts with the expected turnaround in the second quarter.”