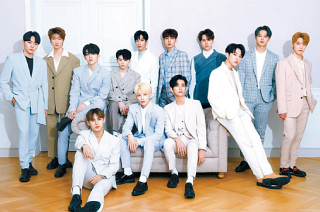 Boy band Seventeen is heading out on their first world tour in two years, their agency Pledis Entertainment announced on Tuesday.

The agency posted an image of the poster for the group’s upcoming Seoul concerts, which will take place on Aug. 30 and Sept. 1 at the KSPO Dome in southern Seoul, to kick off their tour. Further dates have yet to be revealed.

Their world tour, titled “Ode To You,” comes in two years after their last tour series titled “Diamond Edge.”