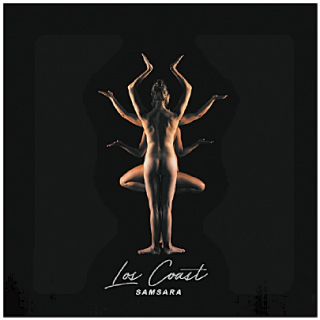 
A lot of disparate influences lurk beneath the surface on “Samsara,’’ the funky and eclectic debut album from an adventurous young band out of Austin, Texas, called Los Coast.

There’s the post-Motown, 1970s-era funk vibe of “Simplify,’’ a chanting war cry of a song. There’s the rap-tinged vocal that dominates “(Everything But) the Kitchen Sink’’ without sacrificing an ounce of pulsating bass.

And there are jam-band sensibilities scattered throughout that would make Jerry Garcia proud. That’s more obvious in the band’s stage performances, but it helps define the band’s label-resistant spirit.

And yet the best work on this album lies elsewhere, surfacing as Los Coast pays unashamed homage to legendary shout-singers like Otis Redding and Little Richard on “Testify’’ and “Masquerade.’’ They take things even higher on the album’s two most soulful cuts, “The Morning Weight’’ and “Chesapeake,’’ both sublime examples of R&B balladry.