The LG Group chairman is shaking things up, so much so he doesn’t want to be called chairman.

It’s been a year since Koo Kwang-mo took over from Koo Bon-moo, who died in 2018. Many feared that the transition would leave a vacuum at the top of the country’s fourth largest chaebol by assets. But the young chairman, who is only 41, has surprised the skeptics. 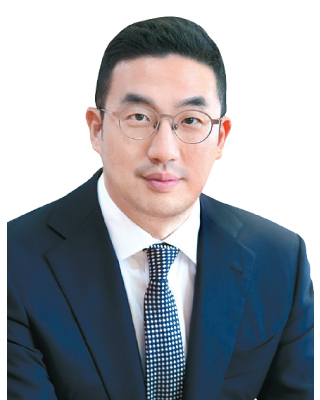 Not only has he taken charge, but he has also been providing unique and relatively progressive leadership.

Since Koo took over, LG has become more decisive and pragmatic. The company is less focused now on harmony and more interested in getting the job done. This is a complete 180. No longer does the company wait patiently for achievements to happen.

Nowhere is this more apparent than in the mobile phone business. The handset factory at Pyeongtaek, Gyeonggi, was unceremoniously shut down in April, leaving the company with no domestic production capacity in the vital product line.

Koo was most focused on the survival of the mobile phone business rather than on the criticism the group would inevitably receive for moving production overseas.

After thinking through cost versus benefit, he finally decided on making the devices in Vietnam.

“In the midst of global competition, production facilities should be localized,” said an executive of an LG affiliate.

Koo prefers the title of representative rather than chairman, and he is working to get rid of hierarchy within the ranks. With experience at LG Electronics in Santa Clara, California, and Englewood Cliffs, New Jersey, he has adopted more of a U.S.-style management.

In what could otherwise be tedious meetings, he encourages focus and debate.

“Rather than discussing matters for a long time in order, he asked to discuss only this and that,” said an executive of LG.

Another official from LG said although young, Koo is a leader who knows how to communicate and basically tends to listen to what others say.

Entering his second year at the helm, Koo is likely to completely reorganize the LG group. The company is hoping to begin to profit from newly developed fields, such as automobile electronics components and robotics, from 2020.

Aside from this, LG U+ is preparing to acquire CJ Hello, the No. 1 cable TV company in the country, paying 800 billion won ($691 million). LG Electronics bought ZKW, an Austrian supplier of lighting systems to the automobile industry, for 1.44 trillion won.

As the group invests for growth, it is quick to ditch companies or exit fields that are not profitable or where domination cannot be achieved. It scrapped LG Fuel Cell Systems, a fuel cell subsidiary, in February. The group had invested 500 billion won, but left the business as advancements in hydrogen were seen as too slow and costly.

Analysts are paying close attention to LG’s sale of a 35-plus-percent stake in LG CNS, an IT software development company. The price of sale is estimated to be around 1 trillion won. If the deal goes as planned, LG Group may attempt a takeover with the funds generated from the sale.