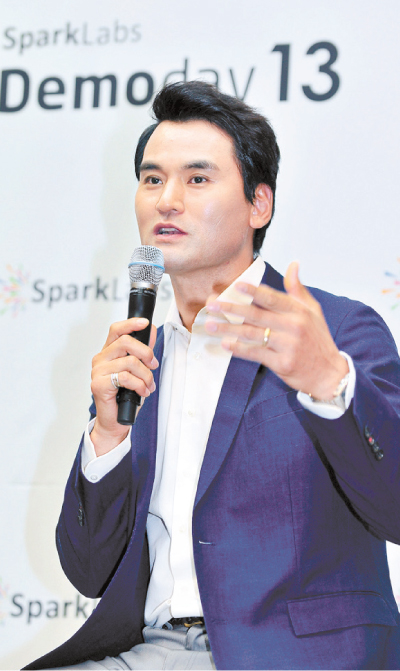 Baseball legend Park Chan-ho will offer his experience and network of contacts to local start-ups that wish to do business in the United States.

After retiring in 2012, Park, who played the majority of his career in the Majors between 1994 and 2010, made a few investments of his own and met with asset managers and Korean businessmen in the United States. Saying that it was now time for him to use his influence for the good of Korean society, Park decided that supporting start-ups was one way that he could realize that goal.

“As a pitcher, I entered the U.S. market with baseball techniques and was able to develop my capabilities in an advanced environment,” said Park in a press conference held in Gangnam, southern Seoul, on Wednesday. “Young entrepreneurs don’t have this experience - they lack confidence and are full of fear. I have a lot of stories to share with them.”

On which areas he was interested in investing in, Park mentioned Esports and space projects. Data analysis was another field he was closely eyeing.

“Devising detailed strategies and plans in baseball is all data nowadays,” Park said.

He did not specifically disclose how much he was personally planning to invest, saying that his specific contributions would have to be discussed with SparkLabs in the future.

SparkLabs co-founder Lee Han-joo said that Park’s position will be close to that of a part-time advisor.

“The fact that Park’s a sports star doesn’t mean his role will be confined to that specific area,” said Lee. “His biggest role will be instilling the spirit of challenge to young start-ups. Celebrities have massive human networks. Offering those connections will be important for start-ups.”

Park also expressed hopes that his decision will pave the way to expanding the scope of post-retirement opportunities for other sports stars.

“After a successful career, retired players often wish to extend their work in their respective sports, or give lectures to share their experience and encourage others,” he said.

“This is surely a meaningful way to give back to society, but I believe there are many more options through which they can meet experts in different fields and give a positive impact.”

On the same day, SparkLabs held its 13th demo day where 12 start-ups share their business and progress under the accelerating program. Since its establishment in 2012, SparkLabs has invested in 137 local start-ups including success stories like Memebox and Mango Plate.