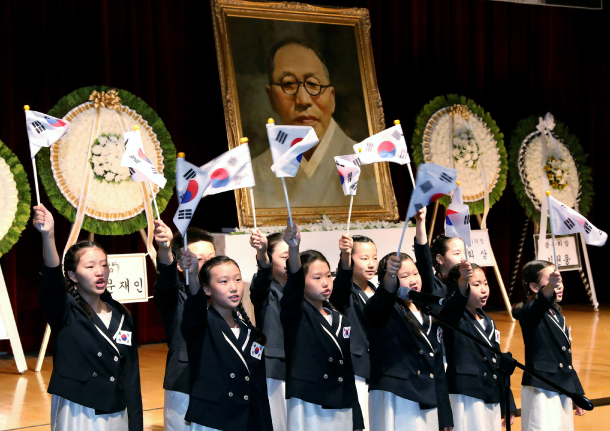 A children’s choir wave the Taegukgi (Korean flag) and perform at a ceremony commemorating the 70th anniversary of the death of independence fighter Kim Koo, a key leader of the Korean provisional government, established in Shanghai in 1919 during Japanese colonial rule, at the Kim Koo Museum in Yongsan District, central Seoul. [NEWS1]