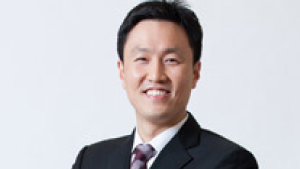 If I had to recommend a film to lawyers who practice or who are interested in dispute resolution, it would be “Woman in Gold” (2015). It is a film based on the true story of a Jewish refugee residing in the United States (Maria Altmann), who was assisted by a young, passionate lawyer in reclaiming Gustav Klimt’s paintings (including paintings of her aunt) back to her possession. During World War II, Altmann’s family lived in Austria. But the family had to flee to the United States to escape the Nazis. During the escape, the family left the paintings behind and they were kept in a gallery in Austria.

How did the Altmann and her lawyer get the paintings back? Altmann and her lawyer first took the route of resolving this matter before the courts of the United States and Austria. However, ultimately, the paintings were repatriated to Altmann when she obtained a favorable arbitration award against the gallery, which was heard and deliberated by a tribunal of three arbitrators.

What is the lesson Korea can take away from this story? Korea has a long history with some of the world’s finest art as its heritage. However, sadly, a large number of the finest art works are still known to be located outside of Korea and not in the hands of their rightful owners. According to the Overseas Korean Cultural Heritage Foundation (https://www.overseaschf.or.kr), over 182,000 Korean art works are located outside of Korea in 21 different countries, as of April 2019.

There are various means to resolve art related disputes. For example, one can explore diplomatic channels, cultural cooperation and judicial resolutions. In addition, as Altmann successfully utilized in “Woman in Gold,” one can also consider and utilize alternative dispute resolution mechanisms — in other words, arbitration, mediation or conciliation — to resolve art related disputes.

Probably the most widely known alternative dispute resolution mechanism in resolving the art related disputes is through mediation and conciliation according to the Unesco’s Rules of Procedures for Mediation and Conciliation in Accordance with Article 4, Paragraph 1, of the Statutes of the Intergovernmental Committee for Promoting the Return of Cultural Property to its Countries of Origin or its Restitution in Case of Illicit Appropriation (the “Unesco’s Rules”).

The scope of Unesco’s Rules is to deal with any request for the return or restitution of cultural property under a mediation or a conciliation procedure if the parties to the dispute so agree. Unesco’s Rules were adopted in October 2010 and the Unesco members and associated members can recourse to the procedures for mediation and conciliation.

Another available alternative dispute resolution mechanism for art related disputes is through arbitration or mediation before the Court of Arbitration for Art (the “CAfA”) based in the Hague. The CAfA was established very recently in 2018, as an arbitration and mediation tribunal exclusively dedicated to resolving art law disputes. The CAfA was established as a result of the collaboration between the Authentication in Art foundation and the Netherlands Arbitration Institute. Compared to Unesco’s Rules, the CAfA handles a wider range of art related disputes, including authenticity, contract, chain of title disputes and copyright.

The next question would be what would be the advantages of resolving art related disputes through arbitration, mediation or conciliation according to Unesco’s Rules or the CAfA’s rules?

Another advantage is that they are flexible and predictable because the parties can discuss and agree as to how the proceedings will be conducted.

Resolutions of art related disputes can be complex because they require understanding and consideration of history, artistic skills, science, international conventions, domestic laws and even, political and diplomatic issues. Also, they require patience and dedication. However, wouldn’t the journey be more enduring if confidentiality, fairness and expertise can be expected?