Eyes on the target

Eyes on the target 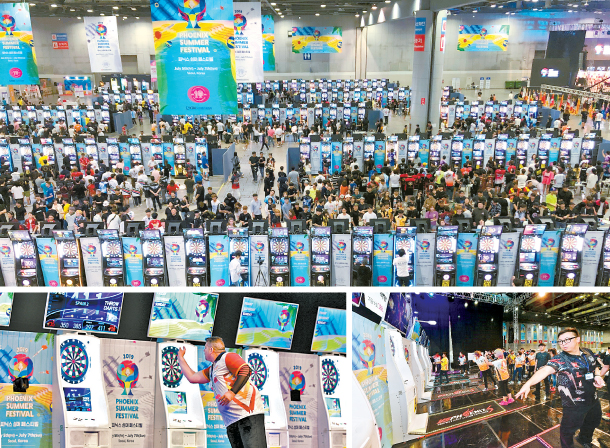 Playing darts can be more competitive than just a quick round at a neighborhood pub. Around 4,000 amateur and professional players from 17 countries, top, gathered to compete in the Phoenix Summer Festival at Kintex in Ilsan, Gyeonggi, from July 5 to 7. Electronic darts machines were set up in a large hall for registered participants to earn a chance to win the prize money - a grand total of 136 million won ($115,250). After each of the individual competitions wrapped up on Sunday, the final rounds for the League World Championship, where national teams compete, above right, started. Spain, above left, won the finals on July 7 in a match against Taiwan. The Korean team did not make it to the Top Eight this year.