Music is the only language Yaeji needs to communicate: Blending genres has been the singer/D.J.’s signature sound since her early days

Music is the only language Yaeji needs to communicate: Blending genres has been the singer/D.J.’s signature sound since her early days 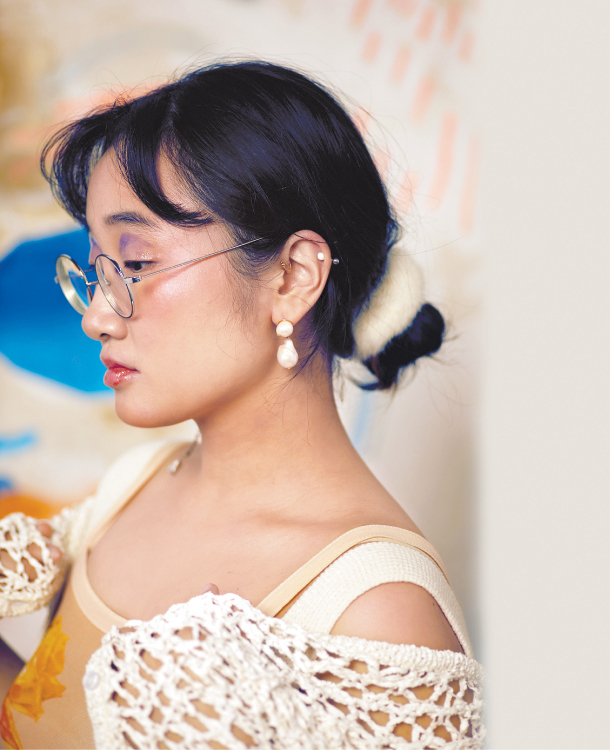 People say that music transcends language and culture and for singer-producer Yaeji, that is definitely the case. Among the 17 artists listed on the BBC’s “Sound of 2018,” the 26-year-old’s sound has caught the attention of music lovers across the globe who have become mesmerized by her music that defies genre.

“For me, it’s hard to categorize my music into one genre,” Yaeji said in an email interview with the Korea JoongAng Daily, prior to her upcoming concert in Seoul.

“I’ve been listening to so many different types of music growing up. I don’t really consider my music as house [music] specifically either. I think I lean towards melancholy chords which often sound jazzy or house-y, and there’s an emotional quality to it I definitely resonate with. But just like other genres being birthed from influences of multiple preexisting genres, I think I’m trying to make something that doesn’t quite fit into one, but is a product of many being combined in a new way,” she said.

Yaeji made her official debut in 2016 with “New York 93,” but became popular in 2017 with her tracks “Drink I’m Sippin On” and “Raingurl.” She has since performed at major music festivals like Coachella, and is set to perform at the Fuji Rock Festival at the end of July. On Aug. 1, she will perform for her Korean fans at the Yes24 Live Hall in eastern Seoul.

Yaeji is known for blending elements from both her Korean and U.S. backgrounds into her music. While her use of English sounds foreign to Korean listeners, her Korean gives a touch of exotic novelty to Western listeners, which conjures up a sense of both familiarity and unfamiliarity to listeners.

“As I learned more languages growing up like Chinese and Japanese, I realized that language in the 21st century is abstract and symbolic more than it is a communication tool. It represents culture. There are so many ways you can communicate to another human being, whether it be body language or music. Korean, to me, sonically sounds the most beautiful - it’s very angular and textural, aurally poetic. When I speak Korean I kind of feel like I’m singing,” Yaeji said. 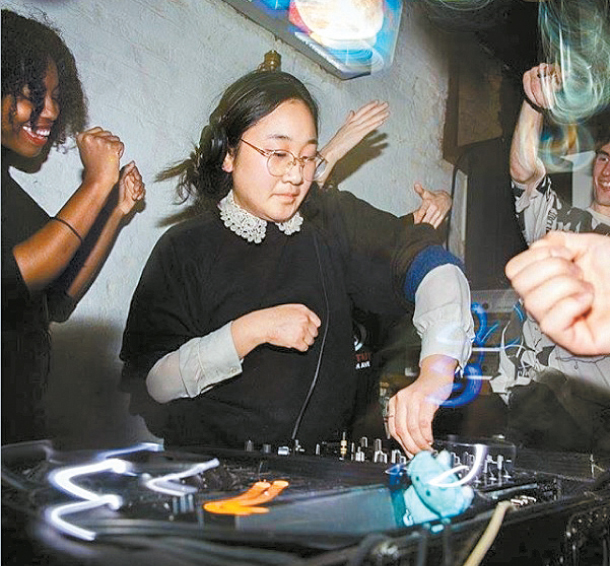 Yaeji performs at a party in 2017. Yaeji is scheduled to hold her first concert in Seoul on Aug. 1 at Yes24 Live Hall in eastern Seoul. [SCREEN CAPTURE]

“More than any artists, I get inspiration from my family and my friends,” she said. “I treasure my time I spend talking and sharing with these people the most. My family taught me how to love dearly and how to be strong in completely new environments. My friends showed me that it’s OK to be my honest self. They help me feel clarity, and I can retreat back to [them] when I’m not feeling myself.”

Before pursuing a career in music, Yaeji studied visual arts at Carnegie Mellon University and worked as a designer afterward. While she made music her profession, she still maintains a love for art.

“I used to be a designer and also made music at the same time, but I still see visual art as my career,” she said. “It’s funny because I was doing the opposite before Yaeji took off as a project - working on visual art full-time and doing music as a hobby on the side. I try not to forget about my love for visual arts though - which is why I work closely with my team to direct my music videos, [design] tour looks, tour visuals and anything else that’s visual.”

“I’m always working on music, so there are plans of putting out a mixtape in the future. I want to take my visual art seriously again and work on more paintings and mixed media work as well. I’m also exploring a different way of performing music, where the listeners are laying down comfortably, and I perform music live in a surround sound system,” she added.

Since she’s not doing much designing these days, her favorite place to shop is in Dongdaemun, central Seoul - the Mecca of clothing made by small companies and new designers. “My priority [when it comes to] fashion is comfort. I don’t really seek brand names anymore, but prefer buying vintage or supporting friends’ independent fashion lines,” she said.

On Yaeji’s Instagram, she describes herself as “into it all,” a phrase that came from “thinking about how people like to categorize genres.”

“I’m into it all. Not just one genre, because one genre is never really singular. Every art form is informed by another. So I decided, I’m going to be open-minded and listen to everything, see everything, taste everything, I want to try everything without being biased,” Yaeji said.

“I’m still not completely sure myself how it sounds to other people, but for me, I’d like to be remembered as an honest musician,” she said. “I’m a bit abstract in my music, but I’m always being very intimate and transparent. I’m sharing my own story in hopes that other people can relate to it. I like the connection I can make with people I don’t know through my sound.”