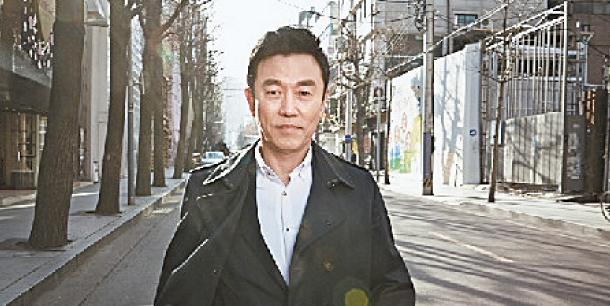 Producer Lee Young-don, best known for his program “Consumer Reports,” which aired on KBS from 2007 to 2013, apologized to the late actor Kim Young-ae for incorrectly reporting facts about Kim’s business at a press conference on Thursday evening.

“I know that I’m too late, but I want to show my deepest regret and give a sincere apology to Kim for my false report,” Lee said. “I have been wanting to apologize for so long, but I couldn’t find the right moment [to do so].”

He added that he had wanted to attend Kim’s mourning ceremony but couldn’t muster up the courage to do so.

“It is with a heavy heart I apologize to Kim. I will always carry the guilt for the rest of my life.” Lee said.

In 2007, the producer reported that bits of iron were discovered in red clay facial masks produced by a cosmetics company owned by the late actor. After Kim refuted the program’s report, the two sides entered five-year-long lawsuit to settle the matter. Although the show’s reporting turned out to be false, the Supreme Court took the side of Lee in 2012, claiming that there was justifiable cause to believe that iron powder came from the mask. Lee also won a damage suit case as the court deemed his motives to be in the interest of the public.

When the actor passed away in 2017 due to pancreatic cancer, Lee was criticized by the media and the public after it was reported that Kim suffered greatly from the lawsuit, which led to her business failing and likely to have also caused her divorce.

Some presumed that Lee decided to make an official apology before launching his own food-related business called “The Contents Maker” (literal translation), a company specializing in producing programs related to healthy food products. The business received a total of 260 million won ($220,600) in a crowdfunding campaign last Month.