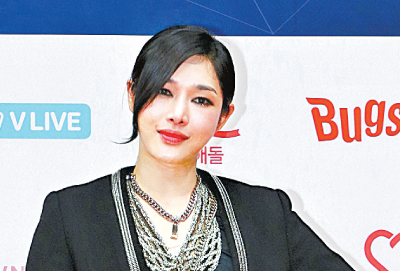 Actor Sunwoo Sun, 44, walked down the aisle at 3 p.m. on Sunday at the New Hilltop Hotel in Gangnam, southern Seoul, with stuntman and action director Lee Soo-min. The two have been dating for about a year after meeting on set.

“Since I’m getting married at a fairly late phase in my life,” said Sunwoo during the press conference held right before her wedding march at the hotel, “I will try to live the rest of my life extra happily ever after.”

Their new home will be in Paju, Gyeonggi.