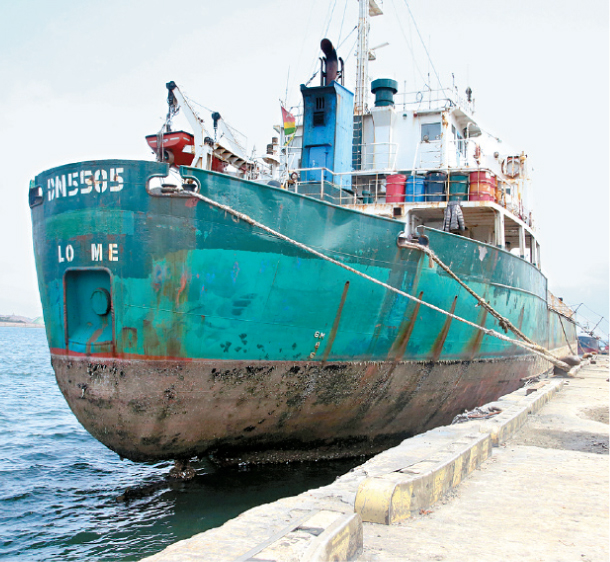 The South Korean government is investigating a domestic company on allegations of smuggling coal out of North Korea in violation of international sanctions, according to media outlet Voice of America (VOA) on Tuesday.

The company in question - identified in a report by a panel of experts for the United Nations (UN) Security Council as Enermax - is already suspected of trying to buy North Korean coal transported by the Wise Honest, one of Pyongyang’s largest bulk carriers, which was seized in Indonesia in April and impounded by the United States in May.

Now the company is suspected of buying 3,217 tons of coal from the North transported by a cargo ship registered in Togo that harbored in the port of Pohang, North Gyeongsang, in March this year.

The vessel, called DN5505, left Nakhodka harbor in the Russian Far East in February, and was flagged by U.S. intelligence officials as a potential violator of sanctions. Upon its arrival in South Korea, authorities seized the ship and launched an investigation into its activities.

Denying the allegations that it deliberately bought sanctioned coal, a representative of Enermax told the VOA that the company received documentation from Russia that did not list the coal as originating in North Korea, and that the purchase was made to fulfill the company’s delivery date promise to its other clients after it was unable to obtain coal transported by the Wise Honest last year.

The shipment of coal in March was the second portion of a larger batch, the representative said, with the first part having arrived in South Korea last November on the same ship without any problems.

While Enermax was cited in a UN report from March as the “final destination/recipient” of the coal carried by Wise Honest through Indonesia, the vessel’s seizure prevented the transaction from taking place, and South Korean authorities eventually cleared the company of any charges due to a lack of a payment on its part.

According to the report, Enermax told the UN panel at the time that it had “received an offer of Indonesia-origin coal from someone who seemed to be a local broker in Indonesia.”

Suspicions have been raised about whether the company’s profession of ignorance can be believed, given its prior connection to the Wise Honest case. A spokesman for Rep. Yoo Ki-june, a lawmaker from the main opposition Liberty Korea Party, told VOA that a new investigation should be launched into the company’s link to both cases.

Another indicator that the coal shipment in March may have originated in North Korea is the fact that the Togolese vessel DN5505, previously known as the Xiang Jin, is owned by a company called Do Young Shipping, which owns Katrin, another ship that was listed by the U.S. Treasury Department in February as a potential violator of sanctions.

Katrin, registered in Panama, was seized by South Korean authorities in Busan in May for allegedly transferring petroleum to the North through ship-to-ship transfers at least three times from July to December 2018.

It is one of six ships, including DN5505, that have been impounded in South Korean ports on suspicions of sanctions violations. According to the Foreign Ministry, two of these vessels, a domestic ship and one from Hong Kong, were released earlier this month. Authorities are still investigating or have yet to determine the fate of the other four.

North Korea is believed to operate a fleet of cargo vessels registered under different flags to skirt UN sanctions, which ban the supply of crude or refined oil to the North and the export of raw materials like coal and iron. Russian ports serve as layover points where smugglers forge documents to falsify the origin of the shipments and transfer them onto different ships to evade South Korean customs.