“Korea and Japan have played big roles in the global value chain, where each country focuses on respectively strong fields,” he said during a press conference Wednesday.

“In electronics, steel, ships, vehicles and semiconductors, we were strong pillars in advancing manufacturing technology. But under the conflict, this mutual cooperation and drive may die down. This is a loss for both countries and also for the global value chain.” 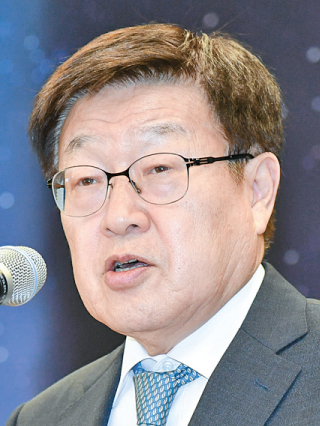 According to Kim, the association estimates that around 850 products will be affected if Korea is removed from Japan’s “white list,” which allows for the expedited export of sensitive materials and products. Along with other associations, KITA is preparing to send an official statement to the Japanese government.

He also stressed that Japan’s restrictions will have an outsized effect on small- and medium-sized businesses, the category in which most component suppliers fall. In developing domestic technology to replace Japanese products, Kim said large companies should invest even if that means low returns in the near term.

For a country that greatly depends on exports, the trade environment for it has been far from great. The dispute between the United States and China is another major issue. Last year, 34 percent of Korean companies exported to China. Among them, 53.8 percent said more than half of their revenues come from the neighboring country.

“The U.S.-China trade dispute is no longer a variable, it’s a constant. We expect it to last a long time,” said Je Hyun-jung, a KITA director at the Center for Trade Studies & Cooperation.

“The U.S. goal is China cutting links between government, finance and business. This is impossible from China’s perspective because the three are so closely inter-related.”

After six months of research on Korea’s trade issues, KITA published the results in its “Trade Strategy 2020” report, announced Wednesday. It suggested that Korea should push efforts to diversify markets and organize trade infrastructure to help local companies prepare for trade issues in advance.

The association also announced that it would set up a “Center for Trade Information & Strategy” later this year to help small- and medium-sized companies cope with trade risks. Compared to large companies, they lack resources and professionals to consider trade issues. The center would offer consulting, research and data.