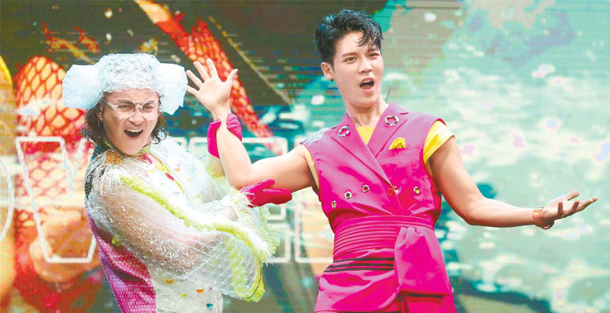 Rock duo Norazo, made up of Jobin (left) and OneHm (right), present their digital single “Shower” on Wednesday during a showcase held at the Hongdae Muvhall in western Seoul. Their new track comes a year after their previous summer song “Cider” was released. This is the second song with the band for OneHm, who joined last year after former member Lee Hyuk quit. [YONHAP]