Instead of stocks or bonds, or even real estate, some young people are investing in hobbies, like concerts and movies.

This doesn’t mean that they are simply buying tickets to BTS concerts. No. They are investing in music festival projects or art exhibitions, and even in films through funds.

A 30-year-old woman surnamed Park on May 18 attended the Greenplugged Seoul 2019 festival held at Nanji Hangang Park, western Seoul, with her family.

But she wasn’t just a concertgoer. In fact she was an investor who chipped in 5 million won ($4,232) for the festival through the crowdfunding platform Wadiz in January. 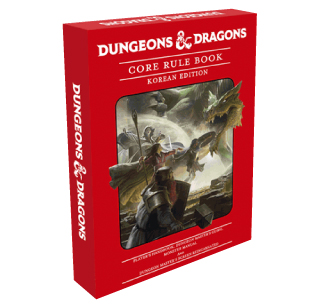 Her investment came with perks, including four free tickets exclusively given to investors.

They had a market value of 220,000 won. Her name was also on a photo wall set up in the corner of the festival site.

Other perks included a lounge admission ticket and a free journal.

“Deoktuilchi” - which translates as earning money by investing in one’s hobby while at the same time enjoying that hobby - is becoming a growing trend, especially among the young people.

According to Wadiz, Korea’s largest crowdfunding platform, cultural-related funding, which includes investing in concerts, exhibitions and films, as of last year totalled 7 billion won, which is up from 2 billion won in 2016.

Of this funding, 20 percent went to cultural investments.

The company said five months after it secured investment through crowdfunding, the investors were able to enjoy a 14-percent profit on their investment, which is far better than the stock market.

The photo exhibition of Swedish photographer Erik Johansson held in April was able to attract 900 million won through the crowdfunding, while the Magnum in Paris exhibition, which will be held at the Seoul Arts Center in September, collected 600 million won of investment.

The Japanese animation movie “Your Name,” which was released in 2016, is seen as an early inspiration for crowdfunding.

But it wasn’t the huge number of Korean filmgoers, roughly 3.7 million, that grabbed the public’s interest.

Not only did the distributor succeed in securing its marketing expenses by tapping into crowdfunding, \it also returned sizeable profits to investors.

It paid interest at a 10-percent annual rate, as promised, and added 70 percent on top of that because of the success.

The exhibition Loving Vincent, which succeeded in getting 500 million won in funding, returned 10 percent in interest to investors after seven months.

“Investors received 10 percent in profits on their investments as exhibitions like Chagall Love and Life that gained huge popularity,” said a Wadiz official

But not all profits made from such crowdfunding investments are paid in money.

Some of the cultural crowdfunding goes to projects that give certain products and items to investors in return.

One is the Korean version of the popular board game Dungeons & Dragons.

The crowdfunding launched on June 22 has already attracted 350 million won in investment from over 1,400 investors.

The investors will be getting D&D’s products.

Another case is the ongoing crowdfunding that is investing in the art books by Korean artist Doming.

The campaign, which has collected over 65 million won from over 1,400 individuals, is exceeding the initial target of raising 5 million won in funding.

The investors will not just get the art book.

They will also get a book marker and a metal badge depending on how much they invested.

According to tumblbug, a crowdfunding platform, the number of such cultural crowdfundings has increased from 800 in 2015 to 2,700 in 2018.

There are also other crowdfunding projects where instead of getting material or financial returns, the investors are compensated intangibly.

For “Shusenjo,” a movie about comfort women, and “Loud & Proud,” a soccer documentary, investors who committed 10,000 won in funding via tumblbug would receive a ticket to the premiere and their names in the movie credits.

“Young people today believe that they can change society through the way they spend and invest their money,” said Kang Yu-jung, literary and film critic and a professor at Kangnam University.