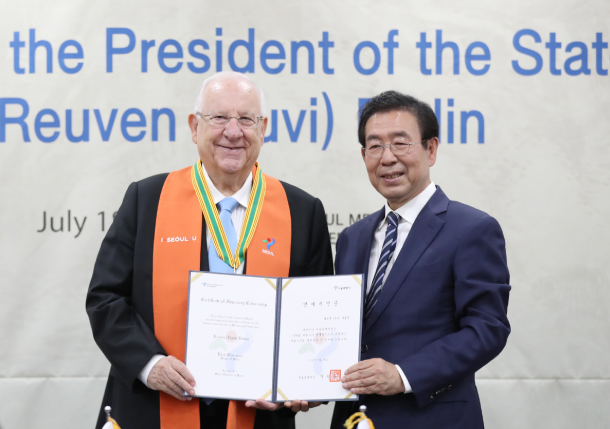 Seoul Mayor Park Won-soon, right, awards Israeli President Reuven Rivlin, left, with an honorary Seoul citizenship on Thursday in recognition of his efforts to foster relations between the two countries. The Israeli leader has been on a five-day visit to Korea at the invitation of President Moon Jae-in since Sunday. [YONHAP]