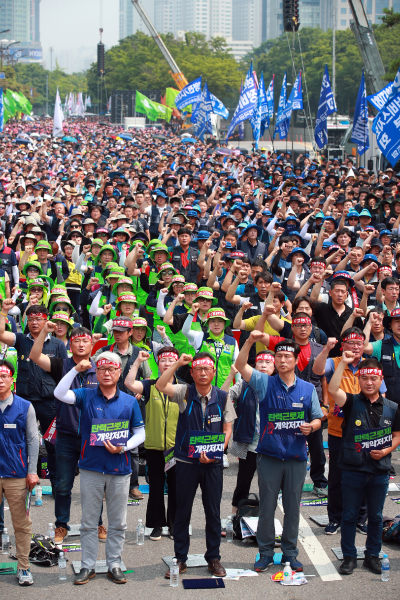 Members of the Korean Confederation of Trade Unions (KCTU) hold a rally to protest the Moon Jae-in government’s key labor policies in front of the National Assembly in Yeouido, western Seoul, on Thursday. The KCTU, a militant labor umbrella group, initially expected more than 50,000 protesters to show up. The Ministry of Employment and Labor, however, estimated 12,000 people from about 50 workplaces, including Hyundai Heavy Industries and Daewoo Shipbuilding & Marine Engineering, took part in the strike. [YONHAP]