A century of violence

A century of violence 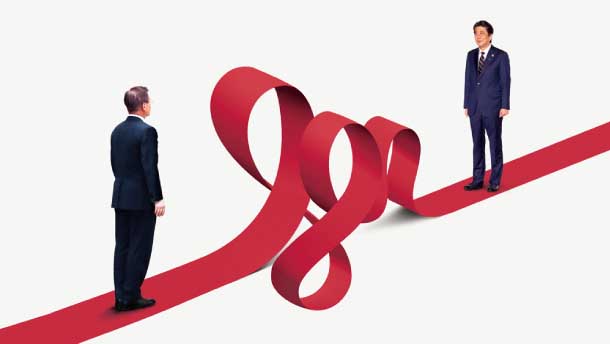 LEE DONG-HYUN
The author is the deputy industrial 1 team editor of the JoongAng Ilbo.

Violence is a broad concept that includes physical clashes between individuals and clashes of nations.

While violence is often considered something wild and unreasonable, political philosopher Hannah Arendt experienced extreme violence and argued differently. Having experienced two World Wars and genocide, she analyzed that power is the populist will of democracy, while violence is the opposite. The process of exercising violence is often packaged as a last resort after seeking diplomatic resolution or talks, but Arendt claimed that is not the case. Roughly speaking, violence is chosen as the most rational measure, and while the means always dominate the purpose, the purpose is rarely attained as violence is always destructive, she argued.

Watching the latest Korea-Japan discord and surrounding arguments, I cannot help but feel that all parties involved are extreme and violent. I noticed populism riding on the extreme public opinion about “Japanese collaborators,” and rather than fighting the enemy in front of us, I see the insensitivity of internal criticism before calling the government accountable.

A trade war is still a violent war. There has to be a winner and a loser. Extreme measures are another form of violence. They cannot be an answer that ensures victory. In her book “On Violence,” Arendt wrote, “The debate between those who propose violent means to restore ‘law and order’ and those who propose nonviolent reforms begins to sound ominously like a discussion between two physicians who debate the relative advantages of surgical as opposed to medicinal treatment of their patient. The sicker the patient is supposed to be, the more likely that the surgeon will have the last word.”