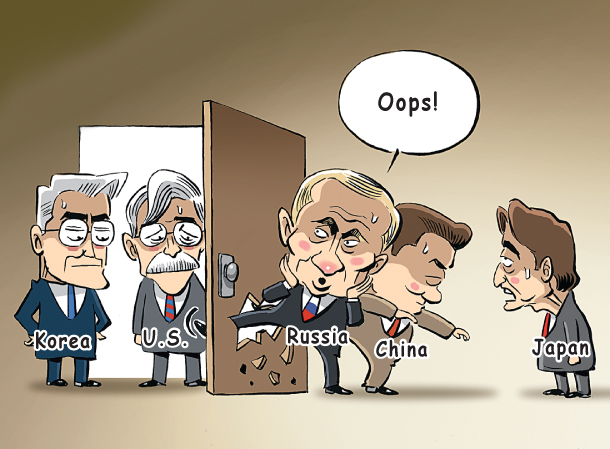 When U.S. National Security Adviser John Bolton visited Seoul on Tuesday to discuss bilateral security issues amid a deepening conflict between Seoul and Tokyo over Japan’s economic retaliations for Supreme Court rulings on wartime forced labor, China and Russia conducted a joint reconnaisance flight drill over the East Sea. After Korea complained about a Russian aircraft’s violation of its airspace, Moscow said it took place simply because of a mechanical malfunction of the plane.