They can make it, but they don’t

They can make it, but they don’t 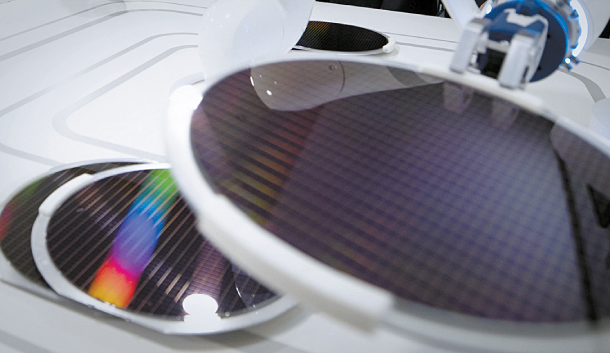 At 9 a.m. on Tuesday at the offices of C&B Industrial in Geumsan, South Chungcheong, executives gathered to talk about a patent the company received six years ago related to hydrogen fluoride. The company developed the technology on its own, and they were debating whether to proceed with commercialization of the technology they held.

After two hours of fierce discussion, they concluded, yet again, they couldn’t. Just like six years ago.

“We are confident about our technology, but the hefty cost and high entry barrier still remain a problem,” said the company CEO, who only wanted to be identified as Kim.

For a small company with an annual revenue of around 10 billion won ($8.5 million), commercializing the technology is impossible, he added.

The company developed a technology to produce ultra-high purity hydrogen fluoride. It received a patent for the process in 2013. Filtering out impurities was key to the technology. This is done by getting hydrogen peroxide to bind to arsenic using ultra-sound.

“On top of costs and human resources additionally required, we won’t be able to handle the protests from the residents of the region we will be building a plant in. Obtaining permission isn’t easy, either,” the CEO said. 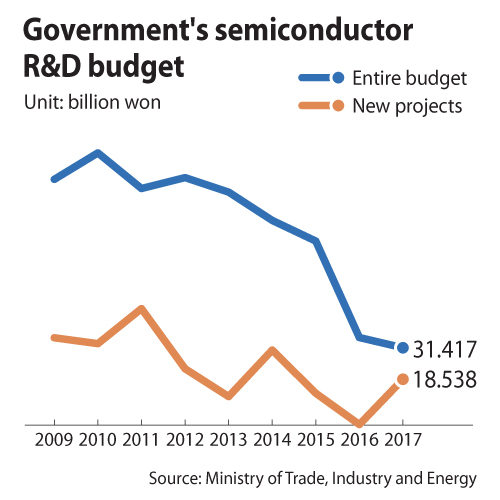 Despite the Korean government’s drive to “localize” materials that Japan is no longer exporting to the country, a lot of smaller companies that could potentially produce them face the same issues.

Material and equipment producers, even after developing certain technologies and applying for patents, have to overcome big and small barriers.

They have to secure pilot production lines, analysis equipment and pass several tests.

As the final stage, they have to pass mass production tests to become suppliers to Samsung Electronics or SK Hynix.

C&B Industrial estimates it will require up to 5 billion won to buy a metal analysis device and build a pilot production line.

To help smaller companies like C&B Industrial and to push the localization of materials, the government runs a few test centers, such as the Korea Advanced Nano Fab Center, the National Institute of Nanomaterials Technology and the National Nanofab Center.

The institutions allow researchers and developers to test materials or chip production devices. Some enable testing of 40-nanometer chips on 200 nanometer wafers.

“Chipmakers are waging a fierce competition at scaling down,” said Lee Jong-hee, director of the Korean Society of Semiconductors and Display Technology. “But the test equipment that smaller firms are able to use remains 10 to 15 years behind.”

According to the research by the society last year on 66 material and device producers, only four were equipped with facilities to test development of 300 nanometer wafers.

“If you want to be tested for Samsung and SK Hynix, developers are supposed to obtain a certificate of authorization from Belgium or the United States [due to the lack of local test facilities],” said an industry insider who asked to remain anonymous.

“As semiconductors make up a huge part of the Korean economy, we should foster local equipment and device producers,” said Yeom Geun-young, professor of advanced materials science and engineering at Sungkyunkwan University. “Initial-stage test facilities will be the priority for localizing chip-related materials.”