K-pop for Arabic- and Spanish-speaking fans

K-pop for Arabic- and Spanish-speaking fans 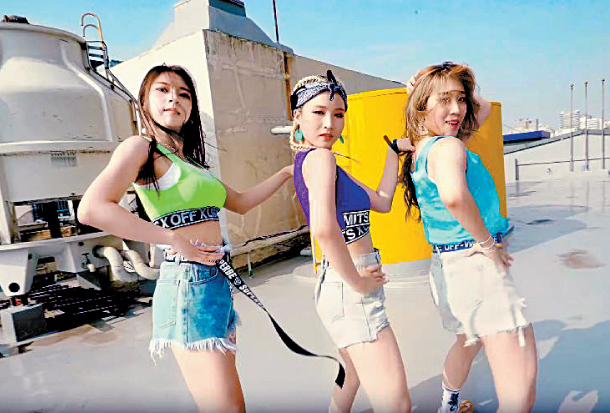 3YE, a girl group that debuted in May, posted a cover of hit Arabic song “Slay” by singer Manal this Thursday. The group also released a cover of a Latin pop song. [SCREEN CAPTURE]

As K-pop continues to spread across the world, many artists are making the effort to pick up phrases in new languages and interact with their international fans.

In recent months, however, some groups have catered to their fans abroad in a whole new way.

Girl group 3YE, which debuted this May with single “DMT (Do Ma Thang),” released a cover of the song “Slay” by Moroccan singer Manal on Thursday. Last month, the three-member act released a cover of Manal’s “Taj” - that video currently has more views than the official music video for “DMT.”

“3YE was surprised by how fans around the world, especially from the Arab nations and South America, left comments in many foreign languages,” a spokesperson from GH Entertainment, 3YE’s management agency, told the Korea JoongAng Daily. “3YE decided to film their cover video in hopes of communicating with fans and returning their support.”

“After we uploaded the cover videos we’ve noticed that view counts on 3YE’s other videos and channel subscribers suddenly increased […] The members of 3YE are now taking lessons with an Arabic teacher in hopes of talking with their fans in person.”

3YE isn’t the first group to cover Arabic hits. B.I.G, a boy band also managed by GH Entertainment, released a cover of Arab band The5’s “La Bezzaf” to a roaring welcome this January. The video holds over 3.5 million views, with the majority of its 50,000 comments written in Arabic.

The two groups have enjoyed the fruits of their labor not only through a surge of Arab fans, but through diplomatic recognition as well.

Latin America is another market that K-pop groups are zoning in on.

A TEAM Entertainment’s VAV is one band that’s making noticeable efforts to cater to Spanish-speaking fans. Last week, the boy band released its latest single, “Give Me More,” with Latin artist De La Ghetto, offering the track in both Korean and Spanish-English versions. The song’s music video raked in more than three million views in just three days.

GH Entertainment has also been trying to make inroads into the Latin market. Earlier this month, 3YE and members of B.I.G teamed up to release a cover of Daddy Yankee’s Spanish track “Con Calma.”

“3YE hopes to perform in Arab nations, Latin America and everywhere else there are fans,” said the GH Entertainment spokesperson.