A teenage girl with a learning disability, who had been missing on a rural mountain in North Chungcheong for 10 days, was found alive and well by a senior military officer and a search dog last Friday.

She was taken to Chungbuk National University Hospital in Cheongju, North Chungcheong where a doctor said blood tests showed that she was in a stable condition and should be discharged in a week. 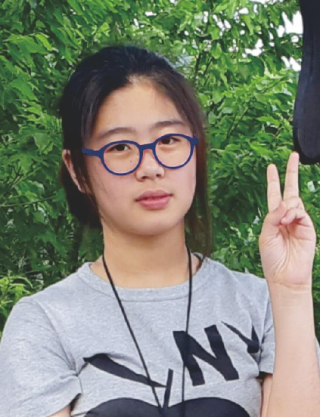 Fourteen-year-old Cho Eunnuri, who is also autistic, went missing on July 23 during a family picnic on a hiking trail in Sangdang District, Cheongju, 140 kilometers (87 miles) south of Seoul.

The family was with a group of friends and set up their picnic next to a mountain valley at around 9:30 a.m.

The group then began hiking up the trail to the riverhead at the top of the mountain, but after some time Cho decided to head back alone, complaining about bugs.

However, when the group returned to where they set up their picnic, the middle-school student was nowhere to be found. They called police at around 10:30 a.m.

Police suspect Cho took a wrong turn at a fork on the hiking trail, which would have taken her deep into the forest on the mountainside.

There were two forks along the path that she was suspected to have followed.

If she had taken a wrong turn at the second fork on the trail, she would have been just 100 meters (109 yards) away from the riverhead, said police.

After her disappearance, some 5,700 rescue workers, including military and police, were mobilized along with sniffer dogs and drones.

Cho had been missing for 10 days before a rescue team and a military search dog found her fully conscious on the opposite side of the same mountain, some 1.7 kilometers away from where she was separated from her family.

“Eunnuri was taking refuge in between boulders in a dried-up valley,” said Sergeant Major Park Sang-jin, who first discovered Cho.

“When I called her name and tapped on her shoulder, she answered, ‘Yes.’ Cho had a lot of dirt between her teeth so I brushed it off with my hands. I felt sad as I thought it was traces of her trying to drink water from the ground.”

Cho was said to have drank five 500-milliliter (17-ounce) bottles of water at once when she was discovered by the rescue team. She was then sent to a nearby hospital where she is being treated.

Experts said they suspect she was able to survive for such a long time because of the monsoon, the terrain and her physical fitness.

The country is in the midst of the monsoon season, meaning Cho would have been exposed to some 25 milliliters (1 inch) of rain each day for at least four days, which would have provided her with water to survive.

In addition, the area where Cho was discovered was covered with 1-meter high piles of leaves, which would have provided her with shelter.

Police said they plan on questioning Cho today, after she has recovered, to find out more details about her disappearance.